Kangana Ranaut reacts to Nirbhaya verdict and the convicts. Read the story for more details 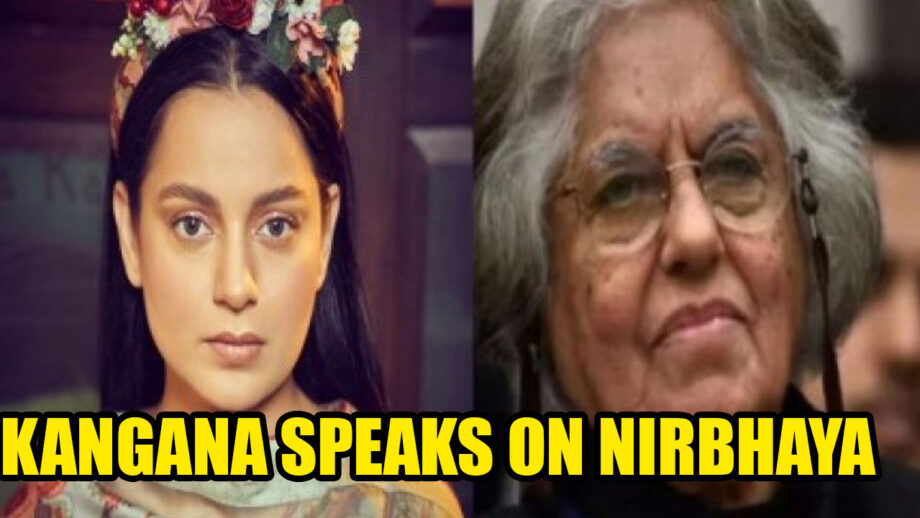 When the shocking and gruesome act of rape happened with India’s brave daughter Nirbhaya, it left the entire country stunned as to how can someone be so heinous in causing so much pain to a woman. Years later, when the honorable court ordered the death penalty for all the convicts, the country celebrated largely in the name of ‘justice’. But senior lawyer Indira Jaising in her tweets earlier had requested Nirbhaya’s mother to forgive them and not push for the death penalty. This has strongly been criticized by Kangana Ranaut and in her recent press conference, she spoke her hear about about the case and we quote –

“A person who has committed such a gruesome crime should not be considered a minor. He should be hanged publicly to set an example. Nirbhaya’s parents are fighting this battle for a long time. Killing the convict quietly will be of no use as you won’t be able to set an example.”

Adding her views on Indira Jaising’s comment, she said,

“She should be kept in jail along with the convicts. How can these women pity the convicts? It is this kind of woman who give birth to such monsters.”

Sonam Kapoor Vs Kangana Ranaut: Who is your Indian Instagram crush?

Kangana Ranaut is all praises for Kartik Aaryan: Find out why