Anubhav Sinha says that Thappad is his most difficult movie till date. Read the story for more details Anubhav Sinha, who has some of the best and most hard-hitting Hindi movies under his filmography kitty, the likes of Mulk and Article 15, is currently gearing up for the release of his next with Taapsee Pannu titled Thappad.

The movie is an ode to all the women of the country and is well on its way to being an eye-opener for women when it comes to understanding what all they have been ignoring till date in the name of ‘love’, which is actually abuse.

When IWMBuzz asked about what went behind making the film at a special trailer preview event, Anubhav said and we quote –

“Thappad is the most difficult film that I have made till date. If you see movies like Mulk and Article 15, they all had a subject from where I could take things forward. But here, it is just about a slap and the entire narrative depends on what I do forward with that slap. I don’t know how much impact it will have in changing society but what I can say is it is going to be an awkward ride going back home for couples if they have ever been a part of such forms of abuse (laughs) ” My Next Is With Ayushmann Khurrana: Anubhav Sinha 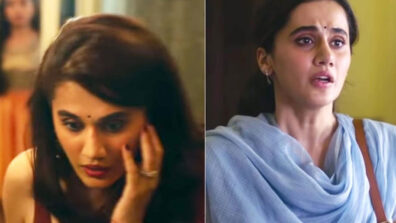