Have a look at these interesting and unknown facts about the movie, Avengers: Endgame! Are you an MCU’s Avengers fan? Then you need to check these interesting facts about the movie, Avengers: Endgame (2019)!

1.      It is the first-ever film to earn over $1 billion within its first weekend, after release.
2.      The scenes in the movie trailers were taken from the first 20 minutes of the movie.
3.      None of the cast got the full script except Robert Downey Jr.
4.      The dialogue “I love you, 3000” came from a child who said it to Downey in real life, and Russo brothers penned it down in reel life.
5.      The end credit scene idea came from the film, Star Trek VI: The Undiscovered Country (1991).
6.      Joe Russo, one of the directors of Endgame, cast his daughters in the film for small roles.
7.      The production of Avengers: Endgame was shut down in September 2017 due to Hurricane Irma storm.
8.      Mark Ruffalo as Hulk and Paul Rudd as Ant-man came out together for the first time in the movie.
9.      Brie Larson, who played the role of Captain Marvel, filmed all her scenes in the movie before the Captain Marvel production started.
10.   Tony Stark and Pepper Potts are supposed to have had a daughter named Morgan together, in the movie.

Also Read: Must Read: Best Quotes from Game of Thrones Which Are Apt in the Real World The Chronology We Should Watch To Understand Avengers: Endgame

Why is Avengers so popular?

Avengers Fan? Test Your Trivia With This Quiz Behind The Scenes Secrets From Avengers: Endgame 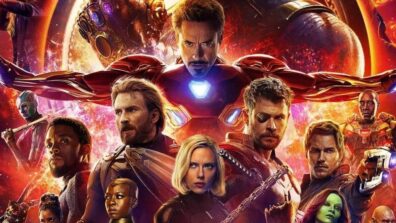