Does Jennie from Blackpink have a crush on Robert Pattinson Robert Pattinson aka the new ‘Batman’ of Hollywood is known for his drop-dead gorgeous handsome looks and suave personality and not just fans, several actresses from the entertainment industry too have earlier confessed about their fondness for Robert. From Bollywood, we have names like Katrina Kaif and Priyanka Chopra who have earlier acknowledged cutely that they have had a crush on Robert.

But hey, did Blackpink’s Jennie also have a crush on him?

Must Read: Blackpink's Rose Goes All Black In Her Latest Outfit For YSL Photoshoot & Damn She Looks Hot!!!

Well, with Robert’s personality, it’s no surprise that any girl on Earth can crush on him but as of now, there’s no legitimate proof or update as to whether Jennie actually had something like that.

Henceforth, it’s better if we wait for her to confirm someday for her fans soon.

Must Read: 'Twice' Reclaimed Their Top Spot On World Billboard With 'Cry For Me': Are They Still The Better Band Than 'Blackpink'?

But what do you think chances are for this to be true readers? Let us know your views in the comments below and for more updates, stay tuned to IWMBuzz.com

Also Read: Why Is BTS Jungkook So HOT? These VIRAL Photos Are The Reason

Must Read: Is There A Secret Connection Between BTS V & Blackpink's Jennie? 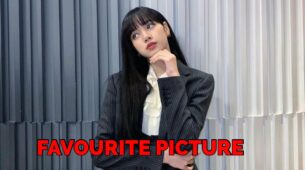 Blackpink Lisa Shares Her Favorite Picture On Instagram: Have A Look 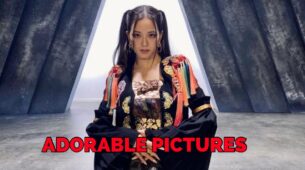 Blackpink Jisoo Shares Her Adorable Picture On Instagram With Her Teddies: See Here OMG: Were Blackpink’s Jennie And BTS V Aka Kim Taehyung Friends During Childhood? Know The Truth Blackpink OR BTS: Which Is The Most Popular K-pop Group?