These things show that Ariana Grande is a great hockey fan! We all know how brilliant Ariana is as a singer. She has got some major hits, from Problem (2014) to Thank U, Next (2019), in the past decade. She has not only gained numerous honors, but also millions of hearts. Her fans are crazy about her and her songs. But, very few of them know that Ariana is a huge hockey fan.

The singer loved collecting hockey pucks since her childhood days. When she was at the age of 5, she got hit by the hockey pucks twice. She once sat in the first row behind the penalty box, but a puck came and did hit her. The little Ariana was there in the Panthers jersey cheering for them, in NHL games in 1998. She has been there for many hockey matches several times. She has grown up as a fan of the hockey team, Panthers. In the year 2001, she was seen singing the national anthem during the match between Blackhawks and Panthers. That was not the only time. She has been seen singing the national anthem in many opening ceremonies of hockey matches.

She is a crazy hockey fan who has always cheered for Panthers.

if i’m honest ….. this is still exactly what i look like without lashes and my pony ….. anyone who knows me knows me knows ….. like …. i’m twenty five. i was five here. the only difference now is that hand now says bbq grill finger. pic.twitter.com/rkAbXla1YF 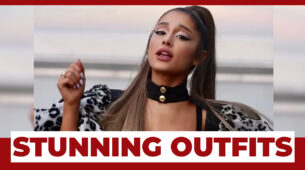 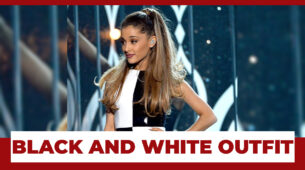