Have a look at the struggles and achievements that Ariana Grande has got to date! Ariana Grande-Butera made her name in the industry on her own. She didn’t become famous overnight. Initially, she started her career as an actress, and appeared in the Nickelodeon television series Victorious (2010–2013), as Cat Valentine and its sequel named, Sam & Cat (2013–2014). Later, she shifted her career to the pop music industry by making her debut with the album, ‘Yours Truly’ in 2013. She gradually headed towards the success, and she is one of the highest-earning women in music as per Forbes, in 2019, and was awarded as Woman of the Year in 2018, by Billboard.

But, it’s just half part of her journey and struggles that she faced in her life. 2019, was indeed a great year for her, after she dropped her songs, 7 Rings (2019), and Break Up With Your Girlfriend, I’m Bored (2019). However, it wasn’t a great year for her health – both mentally and physically. In 2018, Ariana opened up about her anxiety and depression, and how she is dealing with it. She had to cancel some events for that, like Lexington Concert and Vietnam concert, last year.

“Hi, my loves. Time for some honesty. My anxiety and depression have been at an all-time high lately. I have been giving you all I’ve got and trying to push through as hard as I can to mask it,” she told her fans, through her Instagram story. Her mental health was not doing well. And at the same time, her physical health was not doing well too. In November 2019, she led her fans to know on Instagram, “I’m just in a lot of pain and it’s difficult to breathe during the show,” she says in a message to her fans. “I just really don’t know what’s happening with my body right now and need to figure it out.”

Although, that didn’t stop Ariana from achieving success. She is one of the rising music artists in the Hollywood music industry.

Also Read: Ariana Grande and Lady Gaga’s ‘Rain On Me’ Out Now 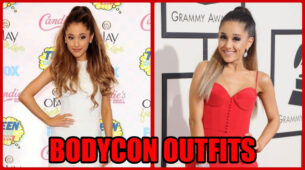