Rapper King Badshah and the recent controversies that he got pulled into. Badshah the rapper is a popular name in the Indian Music world and in Bollywood. Aditya Prateek Singh Sisodia, who is popularly known as Badshah started his career in 2006 and has come a long way.

His music tracks in films Kapoor & Sons, Humpty Sharma Ki Dilhania, Khoobsurat, Sultan etc has given him all the recognition.

However, of late, Badshah has got embroiled in huge controversy related to his music video Genda Phool.

Genda Phool was the third-fastest Indian music to complete 100 million views. But even after this huge success, Badshah was accused of plagiarism as a section of music lovers accused him of borrowing the lyrics from an old Bengali song ‘Boroloker biti lo’ sung by senior artist Ratan Kahar.

He was involved in a lot of mud-slinging wherein he was butchered for copying something to make his own.

However, Badshah did make amends quickly and reached out to Kahar, the original singer and even is said to have deposited ana amount of 5 lakhs to him.

Badshah was seen telling media that he and his team had done complete research and he was actually taken aback when he was accused of this. Since there was no existing record of Kahar singing his version, Badshah had stated that there was no documented proof. However, Badshah has said that when he heard Kahar’s song he understood what the listeners were saying.

Badshah did a good thing by giving the original singer his recognition. Badshah also plans to visit Kaharji after the lockdown to understand his problems and in fact help him more.

Well, this has to be one huge controversy in Badshah’s life!! 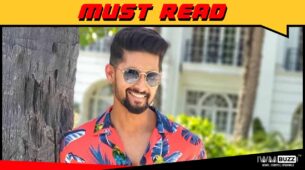