Who is your preferred rapper from Badshah and Emiway Bantai? In modern times, there have been numerous new upcoming rappers. But not everyone is entitled to be working for films and have commercial success. There are various rappers like Divine, Emiway, and so on who have been massive social media hits.

Badshah is the one to have sung for numerous movies and is a very successful rapper. He is the one who is more into a fusion of Punjabi tadka with rap music and has received tremendous support and fans. His most prominent and well-known songs include Genda Phool, Mercy, Dj Wale Babu, Let’s Nacho, and many more. All of these Badshah’s songs have been commercially hit, and so he has received a lot of success and growth.

Whereas Emiway Bantai is an independent rapper and doesn’t work for films. His work is majorly seen with raising social attention and understanding while juggling with words. His raps like Machayenge, Khatam Karona, Skrrt Karenge, and many more have been hits. He also has managed to gather millions of views and was also seen in the movie Gully Boy. His career might just have started but surely will reach scaling success in no time.

Who is your favorite rapper in the industry? Badshah or Emiway Bantai. Vote Now.

Also Read: Emiway Bantai VS Honey Singh: Who Is The Most Famous Rapper? 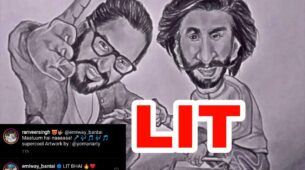