When it comes to football, Messi is a legend one can never talk about. He has made many historic moments in international football matches. Have a look. Lionel Messi is undoubtedly the real G.O.A.T (Greatest Of All Time). He is the master of dribbling in the game, which is the hardest skill to adapt. No one can beat him in this. He is outstanding with his performance and his strategies are super strong to break his opponents down. Messi has scored 989 goals from the 856 matches he played. He is enough to take his team forward, alone. He can easily shield the defenders with his amazing skills of tackling the ball with his leg and brain.

Here are the three times when the great player made us go high on football:

1. Messi scored a goal in Champions League 2015-16, against Bayern Munich where he dribbled past the defense line and chipped Manuel Neuer. The player made the best goal of that season and was one of the remarkable goals of the all-time.

2. The second one has to be 3-2 El Classico’s goal when he scored the final goal against Real Madrid and after that opened his shirt in Santiago Stadium to show who’s the real boss. It was one of the greatest goals of him. Everyone remembers that moment when Messi nailed it.

3. Messi’s goal against Getafe on 18 April 2007 is regarded as one of the best goals by the Barca fans. Messi was a new player with an experience of just 4-5 years. He dribbled past 4 to 5 players then, faked a shot to goalkeeper first to confuse him and made the goal. That goal is unforgettable. 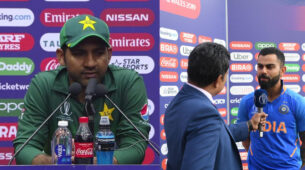