Simran Kaur who plays the role of Srishti to elan in &TV’s Agnifera talks about her role and thoughts. 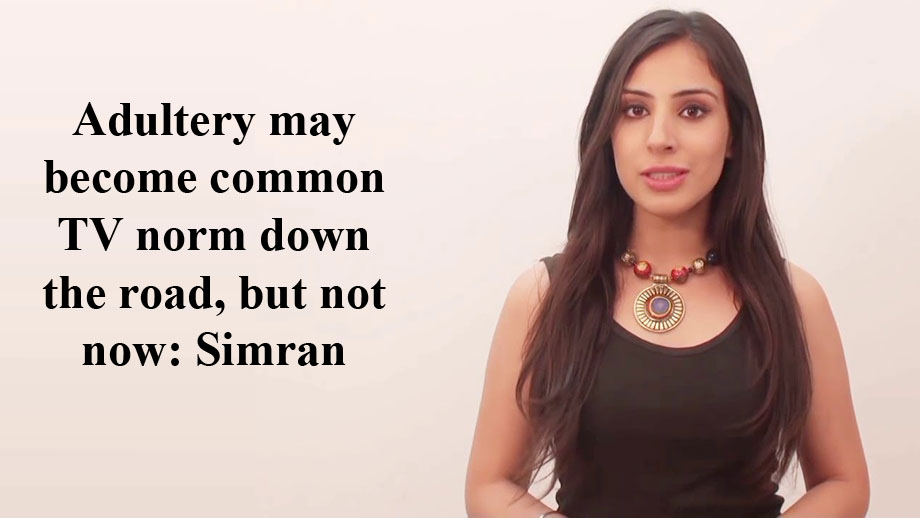 Although &TV show Agnifera lead, Simran Kaur, is in favour of desi small-screen lead characters becoming more layered and complex, from the current straight jacket good bahu, espousing women empowerment values, she states, “Nothing wrong in that as well.”

“Where I would draw a line is showing leads having extramarital affairs. TV is watched by millions of women and children, and we don’t want to promote promiscuity in society, which is morally, ethically and legally wrong,” she adds.

“Lead characters, like my confident pillar of strength avatar of Srishti, always stands up to the wrong done by their mothers-in-law. At the end of the day, in this epic war between good and evil, the former always triumph after huge struggles,” Simran opines.

“It really feels nice when people walk up to you to say that they would want their kids to become like your character. What more would you want as an actor, apart from getting positive recognition. They hail every little victory that Srishti wins,” she states with a smile.

“All said and done, societies evolve and you never know that a few years down the road, social taboos of society might change, and Indian TV will reflect the contemporary moral compass.”

Looking ahead, she would also be game for interesting web content as well. “You should always try coming out of your comfort zone, with varied performance-oriented stuff.”

However, she is clear she will not go nude as some Sacred Games characters. “This is a very personal call; what I find extreme might be fine for others. Having said that, bold is not only about skin show, you can go very edgy with themes as well.”

This voice-over artist (Nobita in Doreman series) turned actor would also love to dabble in cinema. Coming to her co-star, this 21-year old beauty says, “Both Ankit Gera (Anurag) and Ayaz Ahmed (Baiju) are sweet guys. This being my first show, I have learnt a lot from both of them.”