The audience has a habit of seeing actor Arjun Bijlani every day in one show or another. However, Arjun decided to try something new this time and present them with a refreshing offering. He is seen starring in a music video Ishq Tanha, which is sung by singer Siddharth Bhavsar and will be released on September 18.

Talking about what sets the music video apart from music songs, he says, “This is a beautiful story woven in a song. The old classic songs had a repeat value but that stopped happening with time. Now, not many songs have that but I feel Ishq Tanha has a strong repeat value. I really want people to hear it and love the song, the way I do.”

How did the collaboration happen in the first place? “I got a call from a friend who was producing it and even the director is a friend. They wanted me to be part of it since there was so much storytelling in it. They said that when they think of this song, they could only think of me and I was very touched and I decided to do it. I heard the song and I loved it. The song touched my soul and I hope it touches everyone’s soul because at some point in everyone’s life Ishq is Tanha,” he says. When the versatile actor decided to do the music video, he announced it to his fan, who are thrilled with the news.

Recalling their reaction, Arjun says, “They were really happy.” And goes on to add, ” because ever since the lockdown started, I haven’t been on the screen with the current situation. They were really excited and it’s a music video so didn’t have to shoot for many days. So, I took it up and announced it to them. Actress Reem Sheikh is paired opposite Arjun in the music Video. 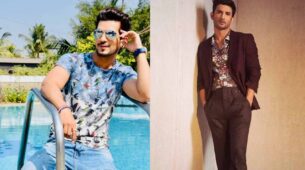 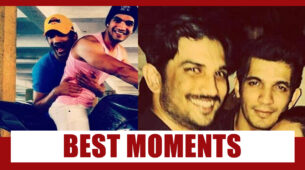