The actor talks about his movie debut… Singer-actor Karan Oberoi recent produced a film called Strawberry Point and says that it was the story of the movie which convinced him to come on board. “What is so special about the film is that it has a unique script. It’s a single character suspense thriller that is a page turner and keeps you on the edge. I promise who ever watches the film will be guessing throughout. There are only 14 such films in the world, including Steven Spielberg’s first called The Duel,” says Karan, who is even acting in the film.

Karan has produced the film with director Prabal Barua and others. Talking about the film, he says, “I am one of the co-producers of the film along with Prabal Baruah. There are two more companies involved called Dream Machine and Orion Entertainment. It is a bilingual film and has been made in Hindi and English. The English version has been shot as a separate film for international release. Hope it makes India proud at the various festivals and forums where we intend to take it. We are also looking at a commercial release.”

Karan shot the film in Mumbai and Panchgani and says that acting and producing was a tough balance. “Producing and acting this film was one of the toughest journeys I have ever undertaken in this business. This was true for for many reasons. I have produced and acted before but the difference here was that this was not an easy film to pull off as an actor. There were a lot of rehearsals that went with it. Plus there was a huge pre-production exercise to make sure everything was just right in terms of the look and feel of the film. It had to be completed in the budget that we had allocated for it,” he says.

Interestingly, this is the first film that Karan has acted in and says that he wasn’t getting his kind of work in Bollywood. “I am a very passionate human being. I can’t do anything for the sake of doing it. Whatever little work I have done in the past, has had a distinct ‘me’ quality written all over it and I feel quite proud to have been part of those projects. In this film, I was blown by the script. It was like a novel that I could not put down. The director was someone I knew and was confident he could pull this off. So, for me, this was a dream role and totally worth the wait. I just saw the first cut a few days back and am thrilled to bits that this film has turned out way better than I had expected,” says Karan, who was last seen in the show Jassi Jaissi Koi Nahin.

“After Jassi, I got busy with my music band called Band of Boys and we started doing concerts in various parts of the world. And to be honest, I could not relate to a lot of content that was being created in the TV world. So I chose to wait it out and only come on board when I believed in something,” he says.

Ask him which one does he love more, acting or singing and he says, “I love being a complete performer. I don’t want to be someone who can either sing or act. I want to be the best at what I do. I have to be a flawless singer and a critically acclaimed actor and not fall short in either. Since I don’t drink, smoke or have any vices. For me, my biggest high comes from live performances in front of huge audiences.” 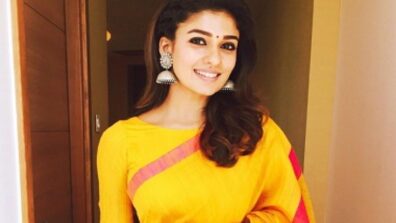