Janmashtami with a difference in &TV’s Bakula Bua Ka Bhoot. 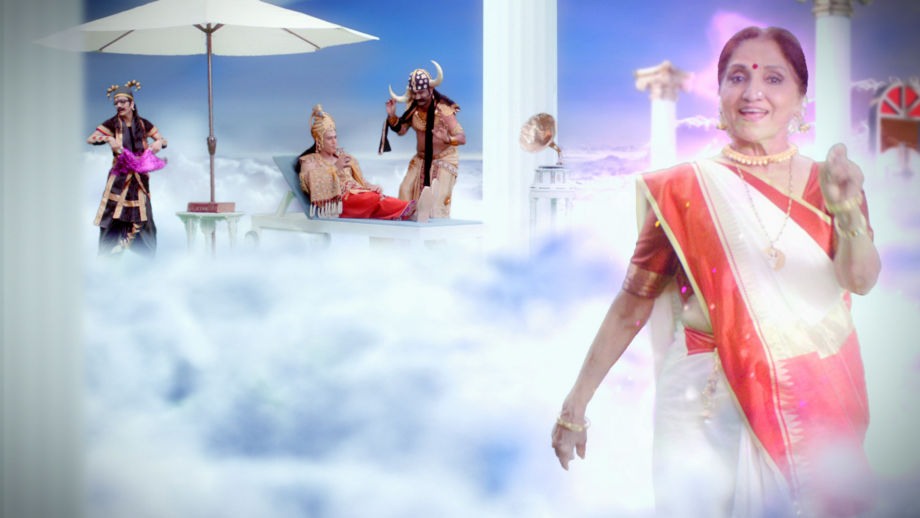 As everyone gears up to celebrate the much loved festival of Janmashtami in the traditional way, &TV’s popular dramedy, Bakula Bua Ka Bhoot (Hats Off Productions) is all set to join in the festivities with an interesting twist. The gods have decided to celebrate Lord Krishna’s birthday in a unique manner by organising a fancy dress party, much to the amusement of Krishna played by Amit Verma.

In the Janmasthami special episode, viewers will see Niyati Devi transformed into Sridevi’s Hawa Hawai avatar from the movie Mr India, while God of death Yam will be seen dressed as national leader Subash Chandra Bose and Narad will be dressed as the popular villain of Bollywood, Jeevan.

Speaking about the experience of shooting Janmasthami, Amit Verma (Lord Krishna) said, “We had a great time shooting for this sequence as it was nothing short of a laughter riot. Everybody was dressed in a fancy get up except me, which made the shoot a tad more difficult because every time somebody said their line which was funny it would make everyone else laugh uncontrollably. We took more time to finish the shoot than usual because of constant retakes as somebody always ended up laughing.“

Bakula Bua’s (Sarita Joshi) Krishna Bhakti is central to the show, and her devotion to the God is emphasized time and again. This Janmashatmi, Bakula Bua Ka Bhoot gives you a peek into a hilarious alternate universe which will surely leave everyone in splits.

To celebrate Janmasthami with a twist, don’t forget to tune in to Bakula Bua Ka Bhoot this weekend…