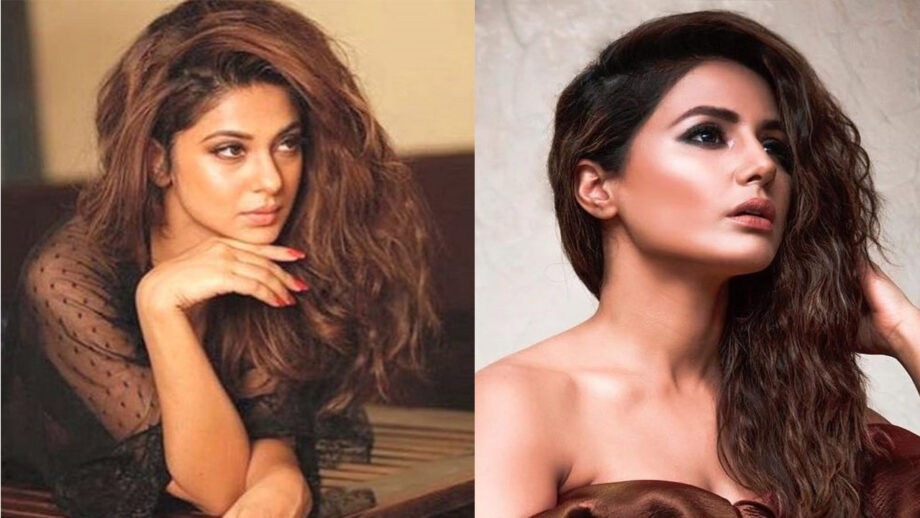 Television is rocking more day by day. Television celebrities make sure that they not only swag on TV but also in web series too. Hina Khan and Jennifer Winget did a few web series and we are here to choose who is better among them.

Hina Khan is seen on her digital debut with the sequel to the previous series Damaged. Now She is seen opposite Adhyayan Suman in Damaged Season 2.. Damaged is a psychological crime drama with supernatural elements. Hina Khan plays the role of Gauri Batra, who owns a guest house, and has a lot of secrets to hide from the world.

Actor Adhyayan Suman plays Akash Batra and is the co-owner of the guest house. We loved her action and dialogue delivery and without a doubt, she killed the role of Gauri…right?

Whereas, Jenifer Winget, the Beyhadh 2 actress is a well-known face in Indian television. Now, the actress made her digital debut with ZEE5 and ALTBalaji’s most-anticipated web-show Code M.

Jennifer Winget is all set to essay a challenging role. The diva is seen portraying the role of Major Monica Mehra, a Military Lawyer, whose main agenda is to crack Code M. Being hot and with that crazy and strict military attitude, Jennifer we believe would have given a rocking performance.

What are your thoughts on both the actors as both have done a tremendous job impressing their fans for the first time with their debut on the web platform? Both being bold and beautiful and unique in their way, we leave it to you to choose the one.

Who is a better Web star…? Hina Khan or Jennifer Winget?