Karan Johar and the most controversial moments on the show are here. Karan Johar and his journey of filmmaking is like a dream come true, and he has had a fascinating time churning the kind of stories that he has always loved to!! Success has always been a forte of Karan Johar with respect to his films.

As an actor, Karan Johar hit the peak of success with his chat show with celebrities Koffee With Karan. Karan and his enigmatic style proved to be a success story in the chat show. The way he grilled the celebs and above all, the Koffee Hamper on getting the rapid fires all right were fascinating to watch!!

However, it is the same show that has brought home a lot of controversies for Karan Johar.

We bring to you a few of the controversies on the show.

Hardik Pandya the cricketer had no censor in his words when he went all out and made some very offensive comments on the show. The controversy grew so big that both Hardik Pandya and KL Rahul were banned for two ODI matches.

Ranveer Singh on the chat show was on the receiving end after he was disrespectful towards women in the show. Ranveer and Anushka’s banter on the ‘ass pinch’ did not really go down well and it was objectionable to the core.

Kareena Kapoor and Priyanka Chopra had a war of words in their respective episodes of Koffee with Karan. In Kareena’s episode, she wanted to ask Priyanka, ‘where she gets her accent from?’. To this, Priyanka replied in her episode, ‘I got it from where her boyfriend got it from’. Ouch!!

Twinkle Khanna and Akshay Kumar were a couple to watch on Koffee With Karan. And when Twinkle was quizzed on the X factor that Akshay has which the Khans don’t have, Twinkle without mincing words said, ‘some extra inches’.

Well, good ones, right!! And quite controversial!! 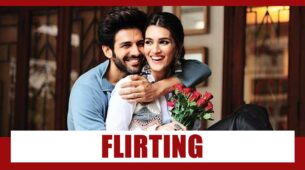