The fantasy show Manmohini on Zee TV may well be on its way out, as per well-placed sources Will Zee TV fantasy show Manmohini, which has just got a season 2, be on its way out? Sources say yes, this is a possibility, as this LSD Films production is not at all doing well on the ratings front.

A source quipped, “0.5 TVR is just not good enough, so the channel must have surely read the riot act to the production house to shape up or ship out.”

“The channel had always taken a big risk by giving a show that had already lost much ratings sheen a second chance. No wonder, Season 2 budgets were slashed.

Only the title lead, Reyhna Malhotra as Manmohini, was retained, while the other principal actors, Garima Singh Rathore and Ankit Siwach, were replaced or they quit,” added our highly-placed source.

When we spoke to Rehyna, she said, “While we all want good ratings, as actors, these things are well above our pay grade. It is better you ask the channel and PH about it.”

On being probed on the off-air buzz, she said, “Right now we have no clue. We will cross that bridge if and when we come to it. Why lose sleep over it now?”

“One more reason why I don’t give too much importance to such buzz is because I have been hearing such news about our show since a while, and we have already clocked a year.”

“Also, I don’t think that the channel will pull the plug so soon after going through all the efforts of putting up a new season, albeit one which ran concurrently with S1.”

“I am hopeful that our show will run for a long time. I am enjoying working with Karam Rajpal, who is a good friend”, ended she.

Our source ended by saying, “In today’s time, when shows shut down in a few months, Manmohini had a good life. As it always happens, the channels try to squeeze out every ounce of juice from the concept before calling it a day.”
We tried to get in touch with producer Prateek Sharma and the channel spokesperson, but could not get through to them. I love to be challenged by going out of my comfort zone: Reyhna Pandit 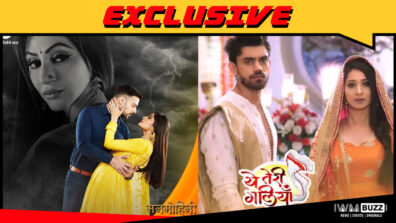