The audience is aware that Kalyani (Reem Shaikh) is being forced to marry Rachit (Utkarsh Gupta), Sampada gets to know of it and also gets worried for her kid Moksh and his future. However, Kalyani is doing so for her kid.

Now, in the coming episode, audience will witness Makar Sankranti celebration. They will also have the best husband competition too. 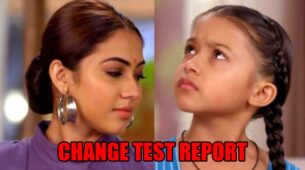