In Saath Nibhana Saathiya 2 Written Update Season 02 Episode 14 3rd November 2020, we see that Gopi changes her avatar to a Rajasthani man and introduces herself to Gopi Kaka as Ahem Singh Garodia to stay close to Gopi Kaka. Kanak wants to know the amount she will be getting from the retirement fund. 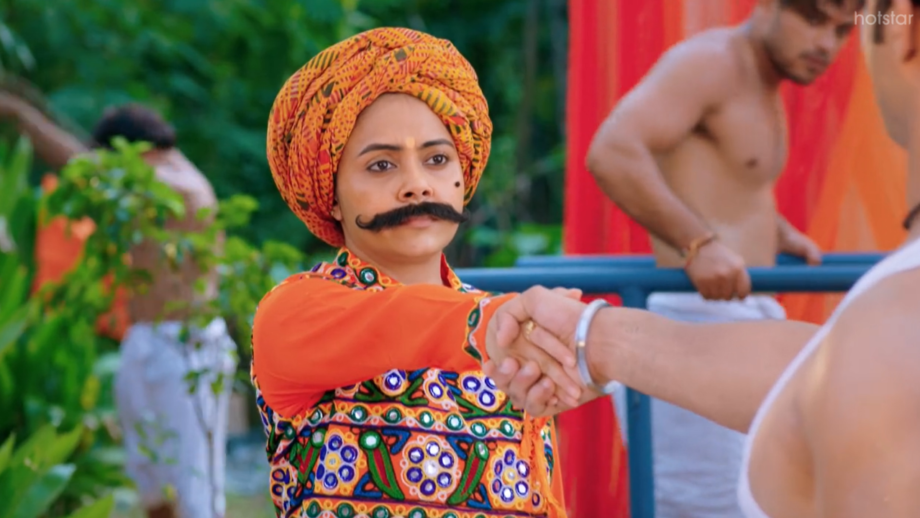 The episode of Saath Nibhana Saathiya starts with Gehna showing the flower plants to Gopi. Gopi steps on a thorn. Gehna applies a bandage and says that she cannot go with Kokila. Gopi thinks that Matarani wants a mother and his son to reunite. Gopi asks Gehna if she can help her. Gehna agrees to help.

In Akhada everyone is happy seeing Gopi Kaka back. Gopi enters in a Rajasthani man’s avatar in Akhada and asks for Gopi Singh. She introduces herself as Ahem Singh Garodia. Gopi promises herself that she will make him realise that he is Ahem and then only get out from this Avatar.

Meanwhile, at home, Praful and Jamna perform a pooja. Jamna invites the family for lunch. Kanak ask Pankaj to find out how much money they will get from 1 Crore.

Gopi Kaka introduces Ahem Singh Garodia to Gehna and tells her that he will be living with them for five days. Ahem goes to get his towel. Gopi thanks Gehna for saving her.

Later at home Gehna serves dinner to the family. Sagar tries to flirt with her.

PRECAP: Kanak serving dal rice to Gehna on an old plate. He asks why Gehna is sitting separately.