One of the first female stand-up comedians in India, Aditi Mittal success journey is inspiring Dispelling the widespread notion “Women are not funny”, Aditi Mittal became one of India’s most popular stand-up comedian. Indian Stand-Up Comedian Aditi Mittal is also an actress and a writer. Her brand of humor is intelligent, thought-provoking and unapologetic. She uses laughter as a tool to push her agenda of an equal world with her topics ranging from menstruation to the experience of going bra shopping to sex. Born in Mumbai, Aditi was only 3 when she lost her biological mom. She and her older brother were then adopted by her mother’s sister who decided to stay unmarried for their sake. Aditi looks up to her and considers her a role model for life. Aditi spent her younger days at a boarding school before returning to study Sophia College to complete secondary education. She admits she was a ‘bit of a nautanki’ in school and is thankful for growing up in an all-female environment in school where she was free to be idiot who made everyone laugh.

In an interview Aditi recalls, “I went to an all-girls school and I realized that someone had to take on the mantle of class clown, so I bravely and honorably did that for all 12 years of school life”.

So her friends were hardly surprised when years later, Aditi went on to do it for a living.

Aditi’s father was her greatest influence in life. He had a wicked, sarcastic sense of humor and wanted both his children to pursue education abroad. And so Aditi applied to a US university and ended up getting accepted. Her father was naturally overjoyed. She went on to do odd jobs after graduation but the great recession had her lose her job and move back to India. Aditi was heartbroken and depressed. She spent her evenings watching stand-up comedy. Since her American dream was shattered, she decided to might as well follow her passion – Stand-Up Comedy.

She performed, performed and performed using her inner turmoil to draw laughter from the audience until she honed her skills and realized this is what she did best. Doing comedy gave her an outlet to express her feelings. And what a kickass idea it turned out to be! Her first big break came in when she was one of 5 Indians picked to perform at The Comedy Store (Canvas Laugh Factory) which actually turned out to be bad because she was nervous about performing in front of Prasoon Joshi. The comedian did not give up though. She was addicted to her passion and went back to doing open mics for almost a year to work on performance. Her hard work paid off when she got a part in the show “Local Heros” that featured other comic artists from The Comedy Store. Aditi describes it as ‘one of the happiest moment of my life’.

Aditi Mittal has done numerous shows world-wide including US, UK and all over India. She is rated as one of the top ten stand-up comedians in India by TOI and in 2015 she was featured in Forbes’ 30 Under 30 list. She is a regular at Canvas Laugh Factory, Comedy Store Mumbai. The Indian Stand-up comedian also got her own stand-up comedy show on Netflix, ‘Things They Wouldn’t Let Me Say’ and started her comedy web series on YouTube called ‘Bad Girls’. 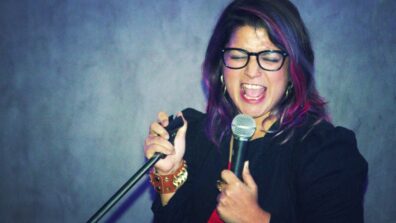 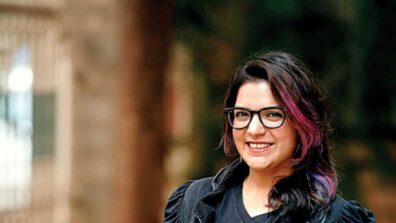