This Is How Amazing Kylie Jenner Looked In Pink Jacket, Don't Miss It | IWMBuzz
Digital | Celebrities

Take a look at Kylie Jenner's hot pink jacket that you would want to steal!!!

Kylie Jenner is viewed as the design sovereign of the 21st century. Regardless of the amount, you attempt to deny it you can’t change current realities. The 23-year-old with an extremely rich personality and cosmetics magnate has accomplished a surprising measure of acclaim and accomplishment with her affection for design and cosmetics. With her broad insight regarding style, Kylie Jenner consistently figures out how to remain at the centre of attention. All her designer outfits from head to toe are phenomenal and stylish. Kylie Jenner’s design knows no restrictions, her styles are exceptional and couldn’t measure up to anybody.

Kylie Jenner has been a true influencer, her pink Chanel jacket has got everybody wondering, she looks the hottest Kardashian in the pink jacket.

Kylie Jenner who started her career as a model at a very young age has been an internet influencer for many years, her achievement through her business has got her an immense fan following on Instagram being the second most followed after Cristiano Ronaldo. Since her days as a teenager, she has been on the reality Television show named “Keeping Up With The Kardashians”, she pretty much got the hold on the industry after that.

At the age of 23, she has made a noteworthy blemish on the style business. Kylie Jenner has embraced the red carpet and Met Gala steps a few times and each time she steps on the honorary pathway with her stylish look she makes a perfect iconic moment.

Take a look at her pink jacket outfits!!! 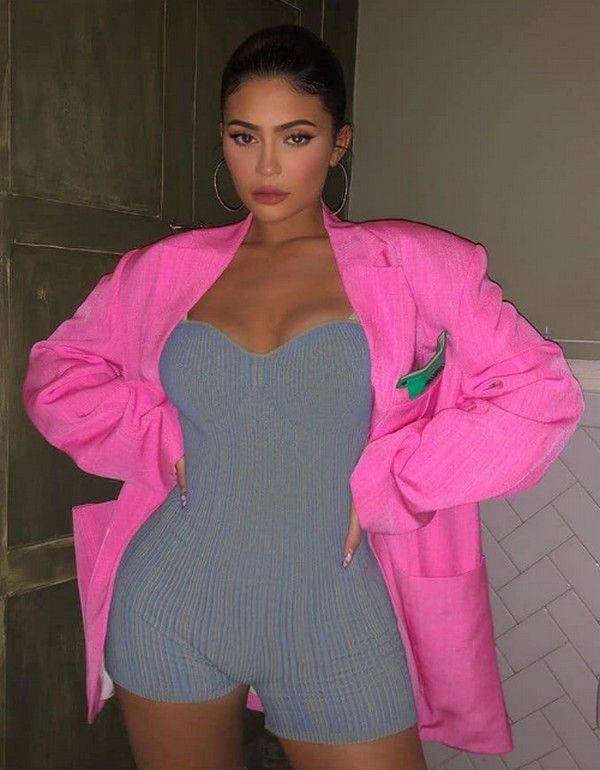 Urvashi Rautela Vs Kylie Jenner: Who Looks Like A Bomb In Little Pink Dress? Vote Here