The apple of everyone’s eye on TikTok, Manjul Khattar has won hearts time and again with his amazing posts and of course, his styled hair-do and killer smile. The TikTok star whose career begun on Instagram in 2016, with just some random selfies, Manjul Khattar is now a very famous name on the TikTok platform and his fan following, especially the females who go crazy for him, are testimony to his celebrity stature.

Everything from his adorable looks and amazingly styled hair to his personality and acting skills, it all just adds up to his popularity. Manjul first started with posting comedy sketches on his own channel on YouTube and gained tremendous success. When it comes to his TikTok journey, he claimed to fame with his video, where he was lip-syncing to Ranbir Kapoor’s monologue from Rockstar and all the fans went crazy instantly. Manjul would often participate in acting contests and various other performance-oriented competitions to prove his caliber, and has in fact been asked couple of times about his hair-care routine and various styling products as well- talk about a handsome and dashing style icon! He has risen to fame as a ‘muser’ and this according to him is just the start to his amazing career and the stepping stone to success.

In 2018, Manjul performed in The Westin Mumbai Garden City, in an event organized by TikTok India and displayed his supreme guitar and singing talent there. He often posted clips of entertainment genre on TikTok but what received most applauds was his comedy videos and Manjul Khattar then started focusing more on comedy genre and it totally thrilled his fans!

With his raging fame on TikTok, Manjul had stopped posting videos on YouTube and he has been getting fans’ requests ever since to relaunch his channel. His ultimate dream is to act in Bollywood and then eventually, in Hollywood, and we think his amazing talent and dedication will definitely get him there in no time. Faisu vs Manjul Khattar: Who tops the hotness meter? Hottest moments of TikTok star Manjul Khattar because why not 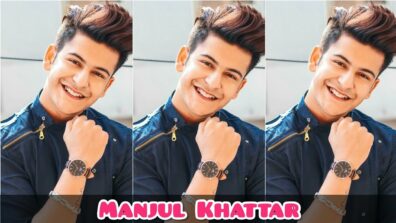 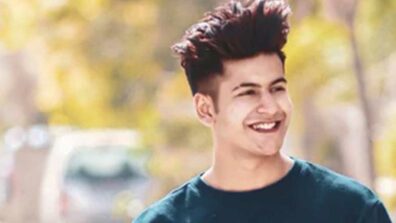 We are crushing big time on TikTok star Manjul Khattar, here's why!