With his relatable brand of comedy, these hilarious moments of stand-up comedian Kanan Gill will have make you LOL! They say laughter is the best medicine and it’s true. And in order to get your daily dose of laughter, one only has to scroll through YouTube and check out of the most amazing Indian comic acts that have come up in recent times.

One of them is Indian Stand-Up comedian, Kanan Gill. Known for his sharp wit and brilliant sketches, this comedian has raised through the ranks to become of the most popular acts in India. He came into the limelight with his YouTube series Pretentious Movie Reviews, wherein he hilariously reviewed Bollywood films with fellow comedian Biswas Kalyan Rath.

Kanan has done over 1000 shows all around the world and was recently seen in Amazon’s Sketchy Behaviour that also had another popular comedian Kenny Sebastian.

We bring you some of the best Kanan Gill quotes that are so relatable, you will end up in stitches!

‘Every Relationship is like delicately balanced game of Jenga’

‘You can’t be impatient with your parents. They’re like “We used to clean your potty, remember that?”

‘If my battery dies and I can’t reach the charger, I just lie there, covered in chips. Then I wake up on Monday, dust off the chips, and lie on Facebook about my amazing weekend’

Driving Tests in India ‘There is a cow, how do you cross?’

‘Love is a series of sorry’s that mean fuck you’

Honestly, Kanan Gill never fails to impress and these quotes just prove that! 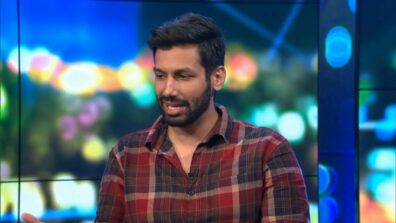 Biswa Kalyan Rath: Retracing the journey of this comedy genius Kenny Sebastian – A Stand-Up Comedian Who Instills Hope Through Laughter