In conversation with Karan Tacker... There are some performers who are like a free flowing river, cascading and meandering through unknown territories, exploring and evolving in the journey. One such name is Karan Tacker, the handsome, talented lad who has carved a new niche for himself making a successful plunge in the web entertainment space anchoring Amazon Prime’s The Remix.

Karan shot to fame after his nuanced performance in yesteryear popular TV show, Ek Hazaaron Mein Meri Behna Hai. Since then, it’s been a rise & rise story for him.

Fit & fabulous, Karan got into a rather engaging and enlightening conversation with IWMBuzz.com on his recent web stint, evolution as an actor and more…

When you started your career as an actor, what inclined you towards hosting?

It is always fun to host. However, according to me it’s all under one tree of doing different things, which is acting. Hosting is cool as it’s more interactive and immediate. It keeps you on your toes. The whole vibe is immensely rejuvenating.

How much creative freedom did you get as a host in Remix? Did web as a platform matter?

The best part about working on The Remix along with keeping in mind that you are catering to different audiences was the style of working. Digital is a younger and cooler space, thus we don’t have to be bound by script, which is the best part. In fact, there was no show script at all.   Other than the introduction links of the contestants, the entire show went on a fly. Improvisation was key. We all got a hang of the entire format after the third episode. It has been fun working on the same.

Interesting…in absence of a script, how did you prepare for the part?

I started working on Remix a month before it went on floors. When it was offered to me, I sat down with the creative to understand as it was going to be on the digital platform. Amazon is a huge brand. There was enough input that was given to me. Even, the entire lingo of the show is very different from what you see on regular TV. The entire weaving of content for The Remix was very different. There was a causal, easy flow to it.

According to you what are the plus points to be on the web platform?

The first and foremost thing is that you can watch as and when you want it and on any device. The second plus point is knowing that you are catering to a fresher audience. You can create content that they will follow and understand. Starting from the makers to the actors, I think it is important to have that kind of creative freedom. You are yourself consuming content on the web as an audience. You want to do shows which you personally binge on. Web allows you that and it is the best part. You have donned many roles including being an actor and host, which one do you enjoy the most?

I will be honest, hosting is difficult. It is more complex than acting. You are constantly emoting, narrating a script; presence of mind is important. You can never have a dull moment while hosting. I am not saying that the judges and contestants are allowed to have a dull moment but  the judges are doing their part. To make the show entertaining is always the job of the host. It is really tough. You are constantly playing a character even if you are hosting. I hosted Voice, Nach Baliye and now Remix. All three have different styles because you are catering to different audiences, hence it is really exhausting. By end of the day, believe me I don’t have my voice left. I am like I don’t want to talk to anybody. I don’t want to hear anything (smiles).

Nicely put…who do you consider as the best host?

Mr. Amitabh Bachchan. Nothing beats the class of Mr. Bachchan. I feel a host needs to be cool. He doesn’t force content or moments. He makes contestants comfortable. Hosting is as good as calling people home to your personal space over tea. You have to comfort them and entertain too within the four walls. This is also my understanding of hosting. Mr. Amitabh Bachchan is the epitome of hosting.

What is keeping you away from TV shows?

Nothing is keeping me away from TV shows. I think I would be part of projects which I would like to watch on television. I like to keep doing things differently. I like to enact different characters on interesting platforms. I have been very selective. It’s not like that I don’t get offered TV shows, I do but I like to pick and choose as what I want to do. I like to bring my inputs as well. I want to be part of things which I would want to watch myself. I can’t sell product which I won’t consume myself. When people are paying and investing time for it so I want to entertain them. It has been my agenda. Web is a newer platform. I can’t call it future but it is happening today. We are all glued to our phones. We are constantly watching something on your phones. India is the fastest growing mobile network market in the world. Everyone came to India, you have Netflix and Amazon and they are pumping huge amount. As an actor or a performer or a business person, I like to be ahead of the curve and be a part of the future. I am exploring new avenues. You never leave certain medium. You work parallelly on all of them. 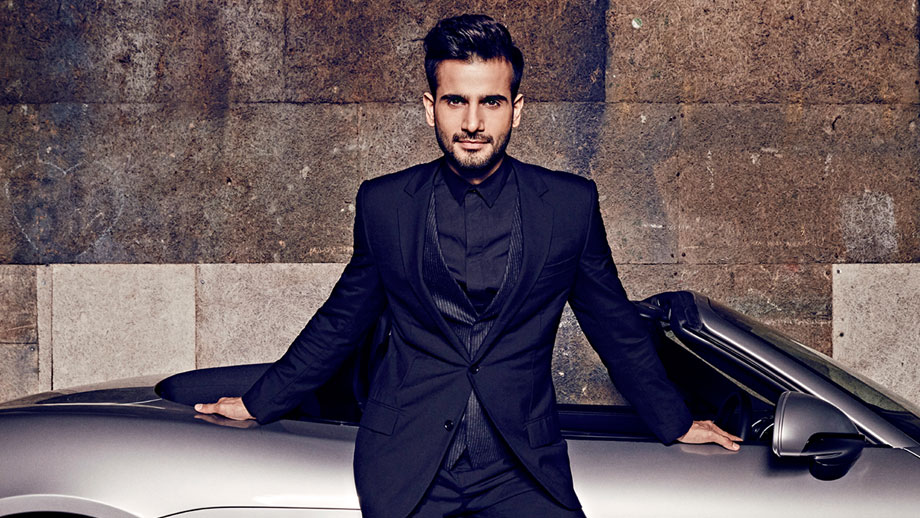 How has the TV industry changed or evolved over the years?

TV has evolved in an interesting way and we have understood our demographics much better. We have understood our audience, having said that the content has been really regressive but that is again a process of evolution. The makers and channels are understanding that this is the content that audience wants to consume. The metric system like BARC helps us to know what audience wants to watch. When you say regressive shows it is an open ended question, your definition and my definition of regressive is different. It is a subjective term. It totally depends on the content that is coming my way. It depends on the producers, writers and the team working on the show then I would decide if I would want to do or not.

What is your idea of stability in an actor’s life?

An actor can never be stable. Acting is replicating real life. As a human being you are constantly growing. It is a very evolving process. It is an only profession that is constantly changing. I haven’t worked on a fiction show for last three years but that doesn’t mean that I don’t want to act. I feel these three years of gap has probably made me look at life in more detail. It might aid me to become a better actor. My performance after three years break might be more detailed. For example, I am having a conversation with you, I am understanding your perspective on TV and web and it is adding value to my life. If I don’t have time to interact with mind like yours I will never grow as a person or actor. These things are very important and for doing that a break between two project is mandatory.

How do you deal with uncomfortable reportage or link up rumors?

When I just joined the industry, they did bother me a lot as I was not aware how to respond to them. You don’t like to get reported whether it is true or false, you want certain things to be personal. With the course of time you realize that it is a part of the job. The media is doing their job as they are documenting what audience wants to read about an actor. Just like I would love to know what SRK does in his free time, as I am huge fan. As long as everything is reported responsibly and nobody is hurting anyone’s sentiments, all is cool.  I think media should take that responsibility.

I see myself evolving and working. As long as I live, I want to do what I love to do.

I want to credit to all my fans for being so loving and patient. Their love is overwhelming. A big gratitude to everyone. Thank you!