Mithila Palkar is an Indian performer and an entertainer additionally known for her role in the series Girl in the City and Netflix’s Little Things. She earned distinction and acknowledgement, in March 2016 with her “cup melody”. Palkar made her introduction in 2014 in the Marathi short film Majha Honeymoon. She likewise made her debut Bollywood film with Katti Batti. She appeared as a lead in the 2018 film Karwaan.

The viral video of her cup song saw her playing out the renowned Marathi song Hi Chal Turu. Mithila’s cup song video became viral on YouTube with more than 4 million views and more. With time, she became more and more prominent in the industry and got several other shows and series, where she worked with several other Bollywood stars as well. With that, it is not unknown she has quite a huge fanbase, but do you wonder, why youngsters love her so much?

Here are the five reasons, why Mithila Palkar is the most adored one:

1. Mithila Palkar, has set goals for the youngsters in the country, not just a strong woman but also a successful one!

2. She is a great singer. Besides her acting skills, we all know how wonderfully Mithila sings.

3. She is an animal lover, and they love her back!

4. She doesn’t give a darn to her haters; she is all up for constructive criticisms and chooses to ignore trolls.

5. Her smile is her superpower; she makes everything better with her heart-warming smile! 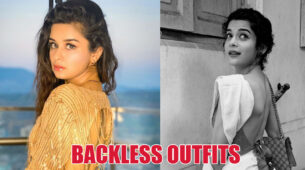