Manjul Khattar, who Rose to fame from the TikTok app is an amazing singer and a stand-out comedian, who creates great sketches!

In this digitally trending age and time, everyone manages to find a platform or two, to showcase their talents and if they do it right, fans will definitely follow! The story of TikTok star Manjul Khattar is somewhat similar and we couldn’t be more happy to have been introduced to this eclectic face and amazing talent. 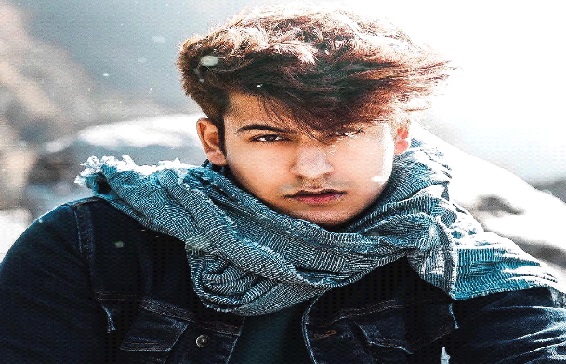 TikTok is one of the most famous apps to have recently taken the world by storm, with users resorting to the app to make small videos sketches and sing or lip sync to famous Bollywood dialogues. It took literally no time for this app to trend and hence, what happened next was a complete shock for all of us! As the popular video uploading app, TikTok, previously known as Musical.ly gets banned in India; the fate of many rising stars gets halted, stars like Haryana’s Manjul Khattar.

Khattar started off his social media career on Instagram in June 2016 posting random selfies and gaining a lot of praises for it in no time. Khattar gained a consistent fanbase for his sharp features and well managed hair, and fans started digging his looks and fashion sense. Khattar soon started his own youtube channel where he posted comedy sketches. He gained well over 305 thousand subscribers. But all the fame begun when he posted a video of him lip-syncing to Ranbir Kapoor’s monologue from “Rockstar”. Manjul’s fans named him “Muser”. Though for a short time, Manjul posted a lot of videos from the entertainment genre. Due to being less popular, Manjul decided to focus solely on comedy.

In 2018 Manjul performed at an event organized by ‘TikTok India’ where he displayed his singing and guitar skills. Khattar has expressed his wish to be featured in Bollywood and Hollywood.

Hottest moments of TikTok star Manjul Khattar because why not

We are crushing big time on TikTok star Manjul Khattar, here's why!

TikTok star Manjul Khattar has his style mantra on point

The best of Manjul Khattar on Tiktok