Veer Rajwant Singh is one of the best actors in the digital space and he has played one dynamic role after the other, winning hearts of millions of viewers! Web series are changing the face of entertainment in the modern era and when it comes to favourite serials and internet sketches, we can’t help but think of the Dice Media regular- Veer Rajwant Singh.

Veer Rajwant Singh is a digitally well-acclaimed actor who is known best for nailing an ‘effortless style of acting’ in internet sketches. He has appeared in numerous web series and one thing that the audience have to say about this actor is that through all of his roles and different characters he plays on the show, Veer Rajwant has acting skills that could not have been taught. He is all too real with his performance and audience find it enduring, alluring and relatable to say the least. 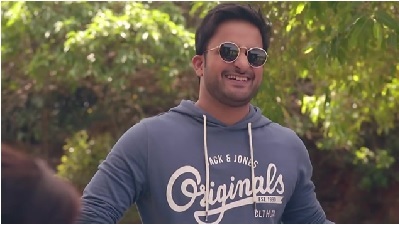 He has appeared in web series like What The Folks in 2017, and he has been loved by the audience for portraying Nikhil is the most calm and relatable way possible. What the Bollywood movie Ki and Ka had addressed, this web series has done justice to it and we can’t imagine anyone else having played the newly-wed Nikhil better than Veer Rajwant.

He has also been receiving rave reviews for his funny and warm soul in his latest web series The Reunion, which is about 4 friends who go for a reunion and it seems like a great way to remember those beautiful days with old friends. Veer Rajwant Singh believes that his character of Gaurav on The Reunion is that of a person who co-exists in happiness and sorrow at all times.

Veer Rajwant Singh believes that in the web space it is character you portray that the audience is relating to and not the actor. It is this very belief of his that has made him rule the internet world and our hearts as well.