Prajakta Koli is a widely known YouTuber in India and her journey from a mere intern to that of a popular celebrity on web is noteworthy! YouTuber Prajakta Koli is a popular name among people on the digital platform today and her charm is all too irresistible. But it wasn’t always so smooth for this young YouTube star, who like most people, started off on a different path and found her calling mid-way. But Prajakti Koli did what most people wouldn’t dare to- she took a leap of faith and decided to check out what was in store for her.

Aspiring to be a radio jockey, Koli’s internship at a radio channel stopped Midway when a channel producer took one of her “random videos” as an upload worthy content and told her maybe she had a future in that. So she took to the digital space and look at where this starlet has reached now, with her utter determination, hard-work and total persistence. 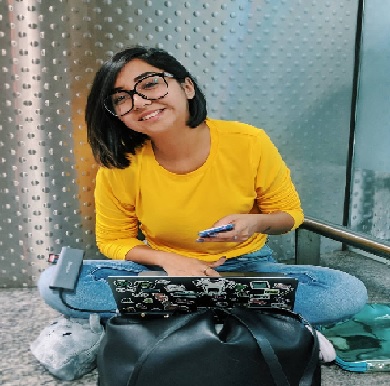 From a very young age, Koli had found her talent in speaking and nurtured it. But she soon found out the rigid company rules of a radio station barred her. However, with a casual video she shot with Hrithik Roshan, she found her personality more appealing on screen rather than on radio and that’s how she chose to become a YouTuber and pursue that as her new found dream.

At first, she was apprehensive, but when her first video “Types of Singles on Valentine’s Day” gained widespread attention, her life went from unknown to fascinating. She found comfort there, and has been growing steadily ever since. Prajakta admits there is a lot to learn about YouTube and the kind of content that is passable. Hilarious and not actually wanted on the channel. She spent quite some time doing these trials and errors before she found her ground and eventually hit it out of the park!