Disney Plus Hotstar’s not so gleeful multiplex launch What seemed grandeur had a veneer of palpable graveness.

Big movie faces skipping theatrical release to become digital stars, if we could put it that way.

How’s the feeling? Certainly the energy during the conference seemed rather stumpy. We are talking about the much-coveted Disney Plus Hotstar Multiplex virtual press conference.

While Star India big boss Uday Shankar kept reiterating the fact that the strategy is an enabler and not a destroyer, one really wonders if all these biggies would want their movies to go digital first once the God forsaken pandemic is over.

As of now, necessity is the mother of all inventions, as they say.

However, given the entire hullabaloo and the supposedly earth-shattering-heaven-chattering event, we have certain observations to share.

Firstly, the entire conversation, of course scripted, was quite paradoxical to the overall genuinity and candidness of the medium. The plug-ins were rather awkward, forget being subtle. The virtual medium demands a certain degree of candour which was amiss, most certainly.

Media was present to witness the self-patting oh-so-great-initiative-rhetoric but was left being mere spectators. Maybe none wanted to answer any uncomfortable questions (could have just sent a press release, why bother).

Out of all, the most glaring brazen gaffe was not inviting representatives of three out of seven movies being launched.

Kunal and Vidyut have called out the bias-ridden act on social media.

Ideally, it’s reflective of the thought process of the society which inflicts uncalled for embarrassment on talent and in the garb of promoting the deserving ones end up celebrating the men and women with higher price tags.

Digital media empowers the unknown, gives wings to those who are not allowed to enter the gates of nepotism-ridden coterie.

By structuring the launch the way it was, Disney Plus Hotstar has shown they are no different. Or are they?

Reactions and perceptions come from actions and we hope the level ground of opportunity remains same for all.

Also Read:Review of I Know This Much Is True: Mark Ruffalo Stuns In A Double Role 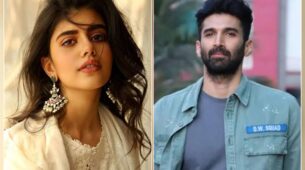 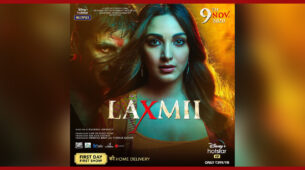 How Did Sanjana Sanghi's Life Change After Dil Bechara Movie? After Khuda Haafiz success, another laurel for director Faruk Kabir