Guests are that strange breed in our country that is gifted with a distinctive knack. This special category of people has an unusual ability- they can make the poor souls who host them, swing between dizzying extremes of behaviour- make them beam with benign affection on the one hand, or tear their hair out in desperate frustration on the other.

So it happens with Shivendu and Keerti, the protagonists of Bin Bulaye Mehmaan. This secretly wedded couple has to keep their marriage under wraps because of a weird rule followed by Keerti’s company- no married employees allowed. And if an employee does get married, they are shown the door, along with having to pay a stiff penalty. Hence the secrecy of their marriage. While Anuj Sachdeva plays the role of Shivendu, Additi Gupta enacts the character of Keerti.

Everything is in fine fettle, when things take a turn for the worse – an uninvited guest decides to intrude on the couple’s wedded bliss. Shivendu’s cousin from Ambala, Saumesh Bhaiyya, lands up in Mumbai, in the wee hours of the morning; and plans to stay with Shivendu for the duration of his visit to Mumbai. The advent of Saumesh Bhaiyya, played by Yash Sinha, brings with it the proverbial Pandora’s Box of troubles.

Since Shivendu’s family has no inkling of his clandestine marriage, Keerti has to scoot to her friend’s place in the middle of the night, to avoid raising unwanted suspicions. What follows is a string of uproarious situations, and a fine balancing act by Shivendu and Keerti, to counter the state of affairs.

The sudden arrival of this uninvited guest wreaks havoc in the couple’s settled, peaceful life. In the end, Keerti gives Shivendu an ultimatum- Saumesh Bhaiyya has to be shunted out of their home, asap.

The premise of the series is exceptionally relatable to viewers and strikes a familiar chord- all of us have been caught in the tentacles of unsolicited guests, at least once in our lifetimes. Because, after all, we are Indians, and we are like this only!

The story is fast-paced, as is the wont with web series, and things take place at break-neck speed.

The writing is the star of the show, with funny dialogues and funnier situations. Take a bow, Chhavi Mittal and Mohit Hussein! These guys have perfected the art of writing stories that appeal to gen-next.

Anuj Sachdeva is cuteness personified in the role of Shivendu, lending finely-honed nuances to the various facets of his character- budding entrepreneur, helpless husband and duty-bound younger brother. Additi Gupta doesn’t have much to do, as of now, but she is spectacular in what we’ve seen of her until now. Her role will definitely amp up, as the series progresses. Yash Sinha is the scene-stealer, if we must say so. His acting is like a breath of fresh air- effervescent, yet natural; outstanding, yet garnished with a sprinkling of everydayness.

Saumesh Bhaiyya makes friends at the drop of a hat, butts his nose into everyone’s matters, and is even hauled off to the police station for attempting to make peace between a couple of brawling strangers on the road, in the middle of the night. He ingratiates himself into our hearts with his lovable antics. So, even if he plays the role of the unwanted guest, we are with him, all the way.

The series has us hooked – lock stock and barrel! We are as enamoured by the series as the Average Joe, and wait with bated breath to find out what happens next.

Will Shivendu be able to send Suamesh Bhaiyya back to Ambala? What further havoc will this uninvited guest bring in their marriage? Will Saumesh Bhaiyya discover the truth about Shivendu’s marriage to Keerti? Well, your guess is as good as ours.

This is one Bin Bulaye Mehmaan that you’ll love to invite, into your homes, onto your screens and into your hearts! Being creative is my style: Additi Gupta 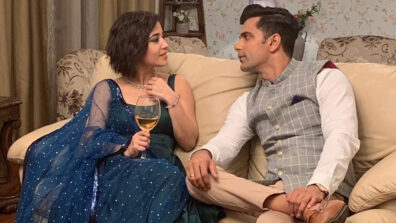