Is web content all about sex and profanities? We analyse… 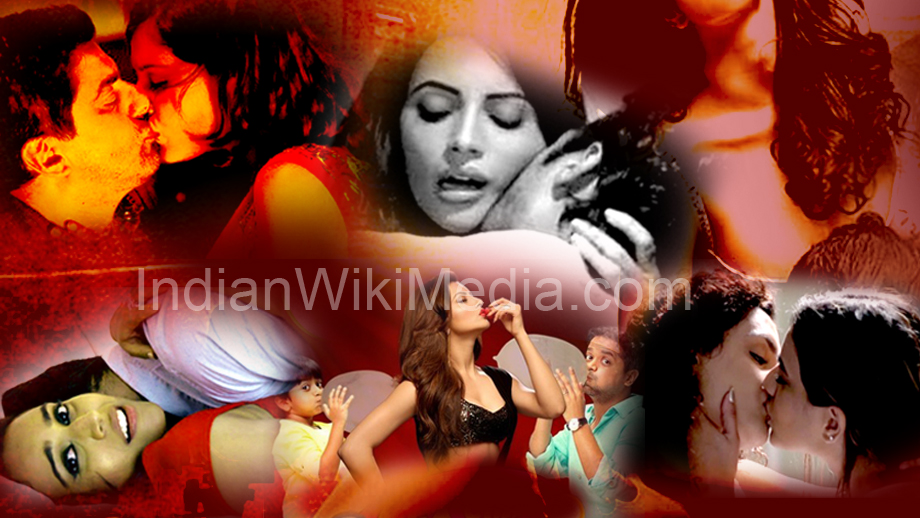 The content ecosystem is in the cusp of evolution, thanks to the sudden and fast paced mushrooming of the digital/OTT space. The seeds were sown by individual platforms namely AIB and The Viral Fever, who gained both mullah and fame via their intent & effort, drawing attention of bigger players in the game.

The perception of the web is not stigmatized, even Bollywood celebs proudly flaunt being part of web series. There is not an iota of doubt that the space has opened up new possibilities and opportunities for content creators and consumers, alike.

Having said that, given the vastness of the realm the expansion is not seamless. Sad or not, we are not here to judge, but the popular ‘go to’ formula in the web space is to add dollops of sexual content, replete with cuss words, below the belt sarcasm to the extent of being lampoonish.

So we need to ask, is content in web majorly all about sex, cuss and masala? Understandably the domain has its liberties (no censor minus frontal nudity),which often fans whimsical creative ambitions, however, we ask if the audience we are targeting is young and dynamic in preferences, then why don’t we have a Malgudi Days kind of programming in the space till now? Why is there such overdose of shows on topics which are taboo, sex related etc…

J D Majethia, creator of Sarabhai vs Sarabhai on Hotstar talking on the subject says, “See, the main consumer of content is between the age bracket of 18-24 years and since most of these young kids are trying to find partners or already are in a relationship, sex will be integral part of their conversation.  So if you make shows for them you have to include this natural human urge, the challenge is to do it organically as part of the story flow and not make it look forced, as most web shows do right now. We have never made an attempt to make Sarabhai edgy just for the youth. The show always had a humour even during it broadcast days, e.g jokes on erectile dysfunction and fun use of language which continues even now  on web.”

Sarabhai vs Sarabhai is a genuine effort to create impact content and Hotstar, a major OTT in the space, has refrained from resorting to ‘go to easy’  tactics to up the ante. Other major players Voot (Viacom 18 wing) and ALT Balaji (Ekta Kapoor) too have taken the ‘so called’ bold route. Ironically, ALT’s Ram Kapoor, Sakshi Tanwar starrer opened to a lukewark response compared to its recent edgy sex stuffed Class of 2017.

“I would say Class of 2017 is about the young India and it has got some amazing response. The best part about the OTT genre is that no one really knows what’s going to work and what’s not. The young India does talk the Class of 2017 language, however,  the entire content is seamless, not forced,” says Vikas Gupta, owner at Lost Boy Productions and maker of the mentioned series.

The first thought is to go edgy and bold, new impact entrants like Vikram Bhatt on Viu Clip and Youtube, TV’s traditional producer Rajan Shahi (First Cut Production’s Love, Sex and Viagra) among others, have also taken the tried & tested route. However, being veterans, they have not towed the line of being crass.

“I did not want everything to come under Director’s Kut Productions. So we came up with the idea of First Kut Productions and also thought of the logo. We will not only produce shows which are to my liking. We need to see what will work. Love Sex and Viagra is bold and presently it’s under a different banner. FKP is a platform that gives a space for new ideas and has a unique vision. Love Sex and Viagra is a bold project made by people, who wanted to make it from a long time. We also have another project, which has been written by Bhawna Vyas, who our writer of Yeh Rishita Kya Kehlata Hai.  It has a different take on marriages in India. The show called Guddu weds Guddan is a unique take on marriages in India. I wanted to come up with a platform where different people have ideas and different takes on different subjects,” shares master content creator Rajan Shahi.

Amazon Prime India’s upcoming Inside Edge brings in some Bollywood power and has scenes of actors going all ‘bang bang’. Production value is high, however, the appeal is akin 70mm, loud, bold, in the face. Will the price sensitive India pay to watch Vivek Oberoi and Richa Chaddha on the small screen? Well, we are hopeful.

During a past interview with IndianWikiMedia, Viacom 18 COO Raj Nayak mentioned about him being hopeful of ALT Balaji cracking the subscription model which would have ensured opening up of a new revenue pipeline. Months into the conversation, the scenario wears a bleak look. Thus, until there is more awareness and ambience to pay, makers might be forced to go the grey way to keep their head above the water.

“One has to constantly give out good content.  See, audiences know exactly what is needed and what is not. Hence, from a digital point of view, force feeding is counter-productive, people may just quit watching.  Our job is allow filmmakers to show stories which they truly believe in and there is no need to add stuff just for titillation. The key is know your core audience and plan accordingly,” are the words of Sony LIV bossman Uday Sodhi when we met him at the launch conference of The Gift.

Talking about individual creators, The Viral Fever has always been a fun watch, whereas AIB has always relied on heavy cussing and sarci content. A Being Indian would hit the streets asking about ‘sizes’ while a Bhuvan Bam would mouth profanities to chuckle its audiences.

To each his own, as they say. Sahil Khattar of Being Indian counters saying, “Why should we shy away from talking about sex, we are all product of the same process? Having said that, sex is not the road to success, some of the most hit shows on the web doesn’t have sex except just a kiss.  We can count on hand those web series which thrive on sex. Sex is not the only part of a successful digital show which requires a shock value. A content which is meaningful but not provocative will also work.”

Apart from OTT platforms and Youtube, Facebook too gradually is emerging as a preferred and potent platform for content creators. Gaurav Gera (Shopkeeper) and Ssumier Pasricha (Pammy Aunty fame) are some names who have become influencers in the medium.

“I can never use cuss words to gain audience. That’s not my style. See, as content creators we all have our sensibilities. There is nothing called right or wrong in the space. Yes, undue advantage should not be taken,” says Gaurav to IndianWikiMedia.

Chhavi Mittal of SIT (Shitty Ideas Trending web channel) is of the opinion: “We have never gone down that road.  Rather we prefer to make shows which we can watch with our parents, we don’t want to be embarrassed doing so. Also we aspire to make relatable content. I don’t think anybody is that sleazy and desperate in real life.  We also are aware that most of our viewers are married couples with kids so we need to be responsible for what we put on air. And last but not the least, we have a lot of branded content and reputed names shy away from such undesirable stuff.”

The choice does stay with the makers, but heart in heart, by web it always means being ‘bold’ and being bold means dropping the ‘BC, MC’ bombs and unleashing extravagant skin show, often forced into the plot for easy hits.

“We need to give time to this new medium before it takes a shape. Its biggest advantage is being free from censorship and basis norms, thus makers now have the freedom to give vent to their creative juices. However, we need to use the medium to talk about societal taboos and new possibilities.  But sadly, till now we have not gone beyond nudity and cuss words. It is disappointing that rather than being progressive, desi web is as regressive at times like the idiot box. These are early days and hope more credible watchable dynamic content will be doled out soon,” says actor Shruti Seth.

There are views and there are counter views. We, at IndianWikiMedia, are watchdogs of the content space and we would like to sum it up by stating that web means liberty and freedom of thought & expression. However, liberty cannot be synonymous to profanity and cheap theatrics. Liberty should be to create stories which would move one from within and stories as diverse as the landscape and people of this country. We talk and go all yam yam about Netflix, but what we dole out is creative regressive obnoxious sham most of the times. Is creativity dead? Can we create nothing better? Well, we certainly can, if the goal and intent is correct and long term. The web space is yet to take its shape, and where there is uncertainty there is possibility. Let’s make web better, better stories, one step at a time. The audience will pay and subscribe only when the content we give out is unique and relatable. If we all tread the similar path and display identical visuals, the dream of people paying for content will always be Utopian in India.

Here’s wishing to a bright present and future.