The Indian zombie series is set in a remote village during the British colonial era and is about a two-century-old evil spirit, a British Indian army officer, and his battalion of zombie redcoats.

Must Read: 5 Most Awesome Shah Rukh Khan Dialogues That You Must Memorize If You Are A True SRK fan

It will be the fifth original series from India in 2020, after the Jharkhand-based phishing drama Jamtara in January, the romantic drama Taj Mahal 1989 in February, the Imtiaz Ali-created crime drama She in March, and the Vir Das-led dark comedy Hasmukh in April.

Betaal will release on May 24 on Netflix in India and across the world. 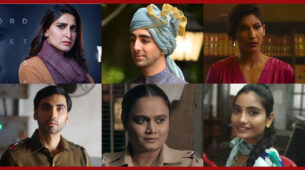