TikTok star Faisu is a youth sensation. With his cuteness quotient, smile and style, he is followed by one and all for being the perfect squad sensation, with his team called Team_07, consisting of his friends.

The 25-year-old TikTok star has been killing the entertainment industry with his hunky personality. He has millions of followers on Instagram as he is a popular online model as well as has tens of thousands of fans and followers on TikTok and Facebook. He is most recognized for his puffy, wind-swept hairstyle and has a huge following of fans, comprising of males and females alike.

Faisu has just achieved an incredible 9 million followers on Instagram, which is indeed a great achievement for him. The sheer number of followers he has built up in such a short time is ample testimony to the love and popularity he enjoys amongst his fans. The popular personality thanked his fans in a special way! 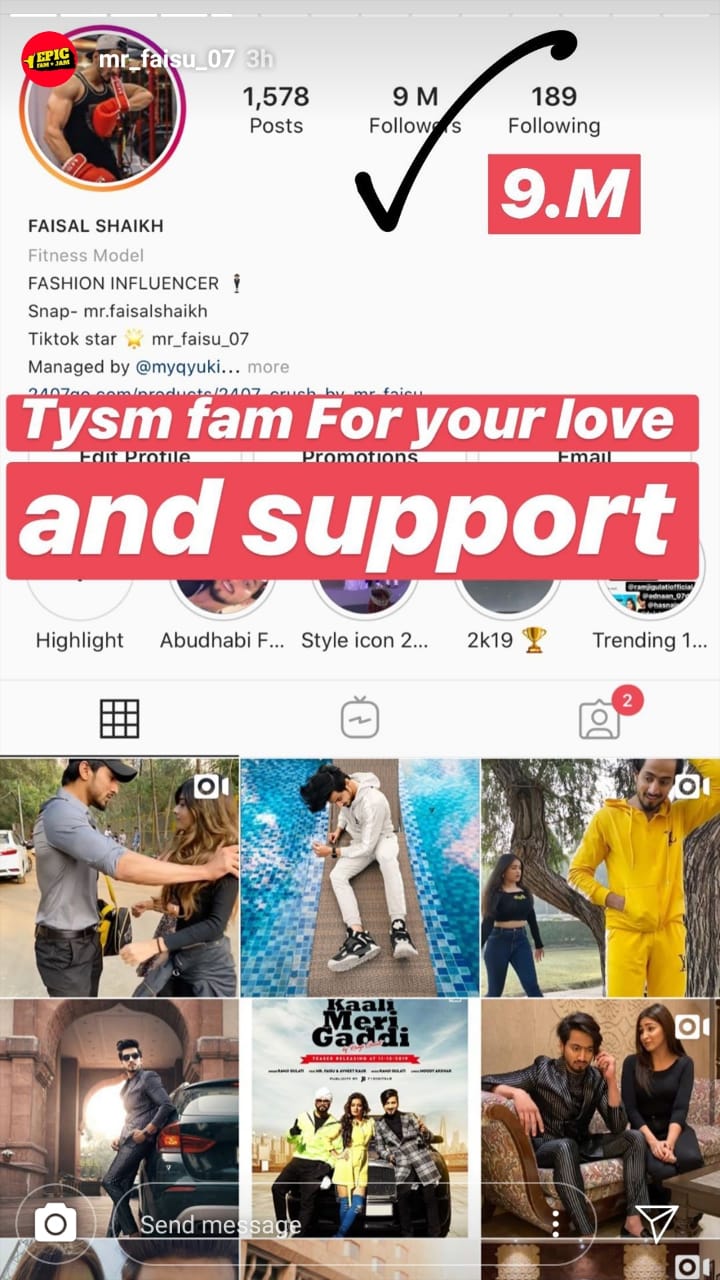