Khaled Mazeedi, better-known as “Ten Vitalis” on Youtube, is part of a new generation of content creators pushing raw content on Youtube and other social media platforms. He amassed an impressive 3,400,000 subscribers on the video platform and has over 2 million followers on Instagram ( @ten ).

He carved a Youtube career out for himself driving the most powerful supercars, engaging with his audience, and traveling the world. Khaled hosts a number of shows on his channel but is most known for his supercar series showcasing incredible cars in stunning locations. His car reviews have been labelled as “technical, funny, and charismatic “ according to Vidooly News.

YouTube creators generate their income from views – approximately $18 per 1,000 views- sponsorships and advertising. Some go as far as promoting their own products to earn additional income. Mazeedi’s channel has brought in approximately 300 million views, racking in an estimated $5.6 million USD.

Although most wealthy YouTubers gained a majority of their income from their social media efforts, others like Mazeedi were financially secure before meddling in social media. According to WealthyGorilla.com, Ten Vitalis has a net worth of more than $20 million, much of which came from early investments in the cryptocurrency, Bitcoin, and in technology start-ups. He even has his very own car collection which includes a Lamborghini Gallardo, Ferrari 458, Rolls Royce Wraith and a “Warthog” Jeep Wrangler.

Mazeedi has been previously nominated for the Youtuber Prestige Awards for “Arab Creator of the Year” and a number of other accolades for his content, and has also received a number of awards for achievements outside of social media.

Here are some cool facts about the social media and Youtube personality:

He Bought a Lamborghini with Bitcoin

Ten Vitalis “Mazeedi”, purchased a Lamborghini in 2014 from Sanam Cars in Dubai. He handed a Trezor wallet to Sanam Cars to buy the supercar. He is known as the first Bitcoin Lamborghini owner – the first person to purchase a Lamborghini with bitcoin. Mazeedi is said to own over 1000 bitcoins and started investing in the cryptocurrency around 2013. An International Business Times article claims he is an influential figure in the cryptocurrency community.

He Lives at the Palazzo Versace Ten Vitalis lives grand. His residence, the Palazzo Versace in Dubai, resembles a 16th century Italian palace with sofa chairs, upholstered in Versace fabric, with baroque trimmings and ornate cushions. The hallways are decked in Versace art, scarves and sketches of some of its iconic designs. All the furniture is, but of course, designed exclusively by the House of Versace. The marble bathroom has mosaic wall ornamentation over the round royal-like tub. 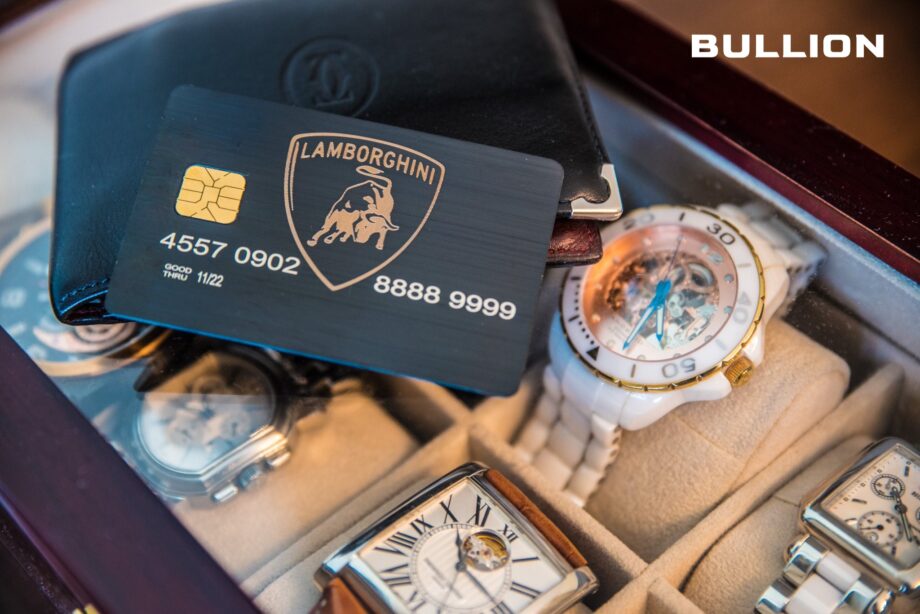 Khaled owns two technology companies. One is a Metal credit card company called Bullion Debit and the other is luxury car classified, named Autosheik. With Bullion Debit, it manufactures these over the top metal credit cards that are personalised to your liking. They come in many metal finishes including gold, platinum and black. His other tech company, Autosheik, is a car platform reserved for exotic cars like Ferraris, Lamborghinis and Bentleys. Both companies have multi-million dollar valuations.

He once was a Professional Footballer

Mazeedi played professional football in France, Portugal and America. He started his career in the MLS ( Major League Soccer ), then went on to play for Le Havre FC, Club Sportif Sedan in the french first division and then Sporting Lisbon in Portugal. He began playing football at the age of 5 and was scouted in university by an agent from europe. He started his professional career at 19 years old.

He is an Author of a New Book

Khaled is an author releasing a book called “The Glitch.” The book is said to be a guide on gaming the laws of life, or glitching, to succeed. There are chapters on wealth, business, relationships and even fame. He offers his readers, as an example, step by step advice to follow on hacking success in business, including a detailed process on how to launch a product with very little startup money, in one of the book’s chapters. “The Glitch” is an avant garde guide to achieving success across multiple verticals by using secret and unconventional methods.

He Started the Lamborghini World Club