Incidentally, producer Dinesh Gupta of Esha Deol Takhtani starrer Cakewalk, swears that he would have never revisited Bollywood, if he wouldn’t have met author turned filmmaker Ram Kamal Mukherjee in Mumbai. “Bollywood is a scary place, everyone is trying to dupe another. In fact, I would give entire credit to my friend and music director Shailendra Kumar ji from Jhansi, who introduced me to Ram Kamal dada few months ago. I was very reluctant in meeting any one related to Bollywood or entertainment business, but Shailendra ji insisted that I met him once and hear the story,” says Delhi based businessman Dinesh Gupta. Couple of years ago, Dinesh Gupta co-produced a full length feature film in Hindi which never saw the light of the day, he almost lost a fortune in the project. “I am a businessman, I value relationship and money, these are the two important aspects of our business. I was a bit depressed when I couldn’t release my first film, though it was completed. I didn’t want to venture into the same zone again,” he added. But as destiny had it, he met Ram Kamal and after hearing the story of Cakewalk he was completely bowled over.

Produced under the banner of Assorted Motion Pictures and SS1 Entertainments, the 22 minute film has been shot entirely in Kolkata and Mumbai. The music has been composed by Shailendra Sayanti and playback has been rendered by Rupali Jagga. The film is jointly directed by Ram Kamal Mukherjee and Abhra Chakraborty, while produced by Aritra Das, Shailendra Kumar and Dinesh Gupta.

“I could see that conviction in his eyes,” says Dinesh. “While he was narrating the story, my associate Shivaam Jagdish was also in the meeting. Immediately after the narration, he looked at me and I could read from his eyes that he wanted me to be a part of this project. Even I was convinced that this film could fetch me the name and respect which I wanted as a producer,” says Dinesh. Initially, Dinesh didn’t even expect that Bollywood superstar Esha Deol and Tarun Malhotra will be a part of this project, but with time he realized that this film was getting bigger and better. “I was totally taken aback when Esha ji agreed to be a part of this film. Firstly, she is a very big star and daughter of my favourite superstar couple Dharamji and Hemaji. I can only thank Shailendra ji, associate producer Shivaam and God for making this a Cakewalk for me,” he says emotionally. “I would like to say that not only my friends, but even my wife and my family members are very happy that I am a part of such a prestigious project,” says Dinesh. 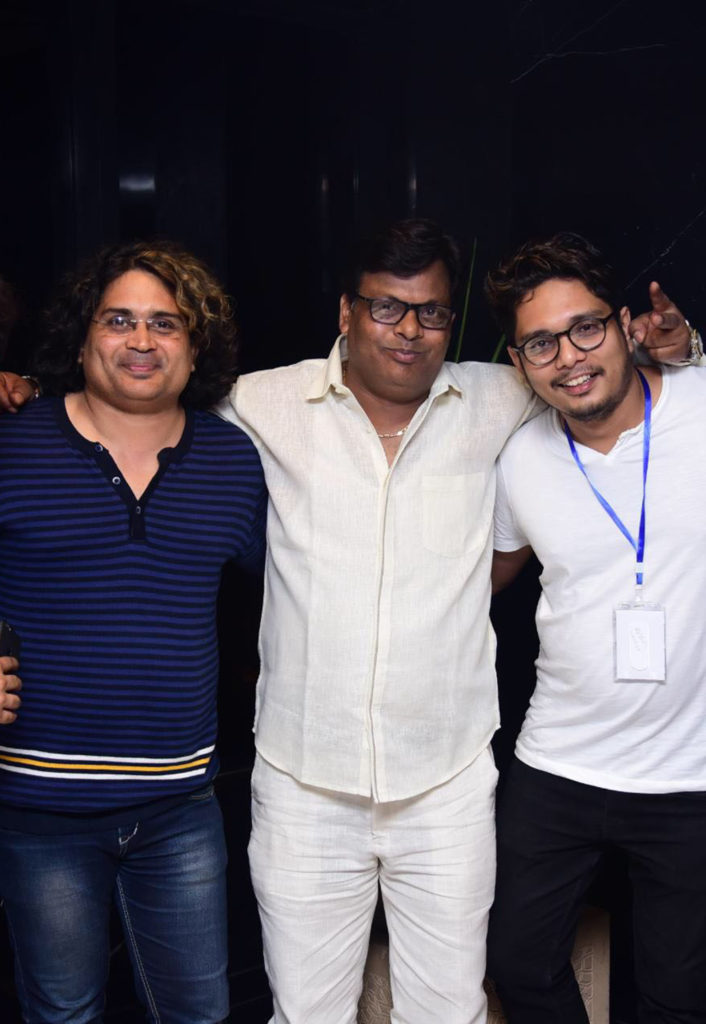 Dinesh had a complete different experience in Kolkata during the shooting of the film. “After the shooting of the film I realized why Ram Kamal dada wanted complete creative and production freedom to make Cakewalk. The budget in which he pulled his entire film, is just not possible for anyone to do that. Only someone with 20 years of experience can do that, which I realised when I was at the shoot with Shivaam in Kolkata. Frankly speaking, I was a bit hesitant initially to agree on his terms and conditions, because I didn’t know him personally, and neither he had made any film as a director. And my past experience was also not that great in Bollywood. Most of them promises sky and delivers shit! But being a businessman, I have a fair idea about human being and their nature. I can read faces and mind. I knew that Ram Kamal dada will make a fantastic product, and I took that leap of faith with him,” he says with a beaming smile. In Kolkata, Dinesh realized that co-producer Aritra Das and Shailendra Kumar had mounted the film like any other commercial Hindi film, with massive unit of 70 crew members, best of the technicians, and best locations to give it a classy look. “And the food in Kolkata was simply ‘Wow’, we gorged on almost best cuisines during the lunch and tea breaks,” says Dinesh on a lighter note. The film was shot in Novotel Hotel and Residences in Kolkata.

Dinesh met Esha and Tarun during the shoot and was impressed with their professionalism. “Esha ji was very professional and she looked like a perfect chef in the film. The kind of involvement she has in every scene, it was commendable. Tarun is an extremely talented actor, and I am glad that we are introducing him in our film. He will go a long way, and I am sure people will also like Anindita Bose who plays an important role in the film,” added Dinesh Gupta. Due to his other business commitment he couldn’t be a part of the Kolkata promotion, but he will be seen in Mumbai and Delhi during the promotion of the film. “I am very proud of the fact that Ram Kamal dada took the film to a different level. The kind of media attention we received in India and London, was unexpected. I also feel that the music of the film is very catchy and people across all age and taste will like the track. Shailendra ji and Rupali ji will be national sensation, that much I can vouch for both of them,” says Dinesh. There is strong buzz that Dinesh Gupta might sign Ram Kamal Mukherjee for two more projects. “Hum unmein se hai jo saath kabhie nahin chhodte. Insaan ki parakh hain humme,” he says, hinting at a long term association with team Cakewalk.