Digital is the way to be. Well-known film director, Ankoosh Bhatt, (Bhindi Baazaar and Mumbai Mirror) too is now smitten by the web. His new 14-minute short, Sparsh, will soon start streaming on YouTube, under the banner of Large Short Films. The producers are Barun Dash and Sabyasachi Mishra.

“My one-night story is that we should not go on prejudices alone, i.e. a person doing odd jobs does not mean that he can’t excel in anything bigger. Lots of times, things are not what they seem on the face of it. The main cop character, essayed by Kay Kay Menon, believes that nothing will change; you can bring a human into society, and not vice versa. The other cast includes Puja Gupta, Prashant Narayanan and Mishal Raheja.”

“Online shorts are huge these days, for there are no time restrictions as on TV. You can watch at your convenience. Also, since run length is not huge, you can easily watch when travelling, courtesy your new friend- the mobile.”

Looking ahead, Ankoosh is also toying with the idea of making a web series. “It is a better place to be in, as a maker, for, unlike the tube, where you have to deal with certain amounts of drama, whether you like it or not, and yes, Thursday morning ratings, films are totally star-driven. Here you are bound by a good actor alone. If he/she holds the screen, your work is done.”

The best part about shorts or web series is that since they don’t take too many days, talented actors are also ready to come on board. Let’s face it, the YouTube model is driven by numbers, so known names always help.”

Here, he accepts that the revenue model of the web is still unclear. “Things are changing, with Jio offering lots of money for content. But there are still many who, being unsure of how to monetize post-upload, save money for production, rather than investing on stars and other peripherals. This is a legitimate creative approach. You are also limitless by your content as well, as there are no censor guidelines and profit margins.” 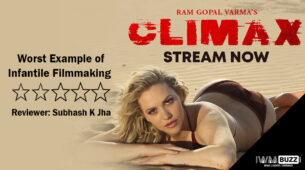