This is for all Seasons: Guest Column by Suguna Sundaram | IWMBuzz
Subscribe Now
Digital | Personalities

Suguna Sundaram, guest columnist and former editor of Cineblitz watched Ram Kamal Mukherjee's much talked about movie Season's Greetings and writes what makes it different from other digital content! Seasons Greetings, Ram Kamal Mukherjee’s second directorial short film, was a labour of love created as a tribute to one of Bengal’s finest talents, the late director Rituparno Ghosh, multiple National Award winner and champion for the LGBTQ community. The first look of the film was launched on the digital platform by Amitabh Bachchan on the 56th birth anniversary of Rituparno.

This 47-minute film heralds the return to screen of Bollywood star Celina Jaitly Haag post a long hiatus that saw marriage, migration and motherhood. Celina has been a prominent friend and warrior for the LGBTQIA cause globally since more than two decades. She was obviously Ram Kamal’s first choice for the character of Romita, apart from her stunning good looks and sparkling demeanour. The film also stars theatre thespian Lillette Dubey and has two debutants – namely Azhar Khan in the lead, and Bollywood’s first transgender actor Shree Ghatak in a brief but memorable role.

Season’s Greetings is a slice of life that deals with relationships, family dynamics, expectations, religious choices, sexual preferences, inclusion, love and liberty – at multiple levels, even the societal shackles that we cage ourselves in or choose to break free from (bringing to mind not just characters from Rituparno’s films, but even Ram’s own debut film Cakewalk and its heroine very well played by Esha Deol)
The film unfolds in the languorous pace of Kolkata, its alleys and buildings, its traditional bungalows, which seem caught in a sense of timelessness. This is a milieu Ram Kamal is not just familiar with but breathes the essence of. Art Director Goutam has translated Ram Kamal’s script into a visual delight. Suchitra (Lillette Dubey) is waiting to meet her daughter Romita (Celina Jaitly), who is visiting after a long time and is bringing home her live-in lover, Usman ( Azhar Khan) to meet her mother. The crackling undercurrent of unexpressed issues and questions from Romita towards her mother is palpable. Usman is the strong silent guy, actually comfortable in his skin, though debutant Azhar could have carried it with more confidence. To his credit, it could not have been easy with Lillette and Celina to contend with, and he sails through that reasonably steadily.

Lillette seems to have enjoyed Suchitra so much, the ease with which she is in character- whilst actually doing the heavy lifting- she is effortless. Not a beat is missed in her super sharp portrayal.

Shree Ghatak as Chapala, the transgender kid reared by Suchitra, now a beautiful lady who has blossomed into her own, yet docile and domestic, is a natural actress. She is amazingly expressive. She is a dynamite waiting to be discovered. And emanates beauty from every pore, inside and out. One can already see her in a Sanjay Leela Bhansali film – she’s that kind of lady!

Celina Jaitly Haag wears her maturity well. She’s grown from girl to woman since I last saw her. Mother of three super-active boys, there’s a new weight to this light-as-a-feather performer. Her confidence comes across in spades, yet the moments of ‘wistful’ are so real. This film will hopefully get industry folk to look past her devastating good looks and see the intelligence and wisdom she is capable of. She has slid past the commercial formula genre, simply because Ram Kamal could visualize her differently. Way to go baby girl!

The author turned director Ram Kamal is an artist with an exquisite sense of aesthetics, emotions and layered narrative. And Aritra Das is a producer who has earned my respect for backing an experimental subject.

The core issues dealt with come through due to good performances. There are a few weak moments but overall, despite its laid back Calcatian pace, you feel compelled to watch, the final twist in the tale is quick and unexpected. Ram Kamal has grown as a director and will keep growing, his efforts are relentless and driven by heart! 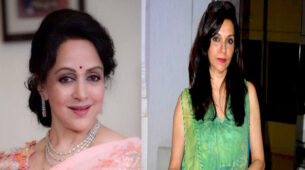