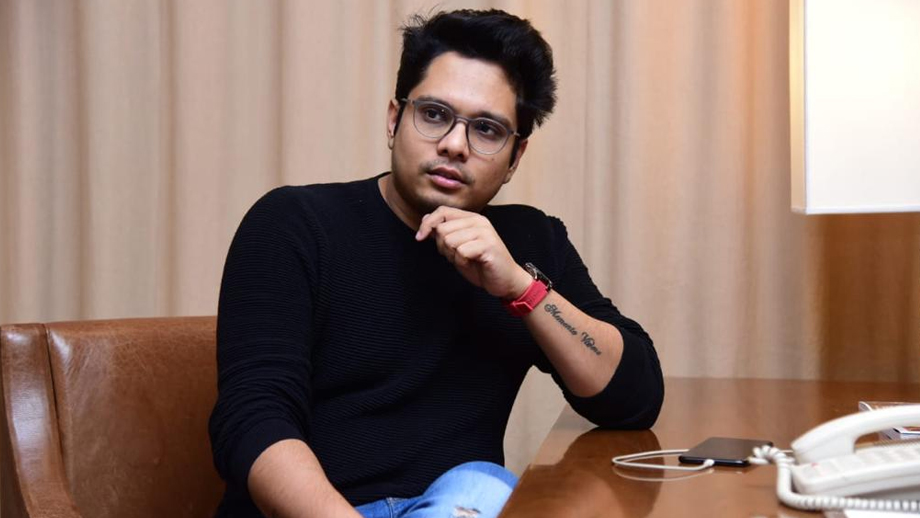 It seems you took a lot of time to release your first short film Cakewalk?

Of course I did. And there is a reason behind that. We didn’t make this for YouTube. It was a dream that my director Ram Kamal Mukherjee and I saw. We wanted to set a benchmark.

Good you have asked me this question. By benchmark I mean to say that we wanted to do something which no one did so far. When we started making we had no one to support us. I am thankful to my co producers Shailendra Kumar and Dinesh Gupta for being my strong support system. If they wouldn’t have trusted me with their money and faith this wouldn’t have been possible. Now that we are having a world wide premiere of Cakewalk on Rishtey Cineplex HD on Feb 17th at 6 pm, people are congratulating me. But the entire credit goes to my director Ram Kamal Mukherjee and Raj Nayak sir from Viacom 18.

So what are hurdles you faced after making Cakewalk?

There were many. It was a learning experience. In fact couple of years ago we were involved in a Hindi film project, but our partners lacked spine. So the project got stalled midway. I think we need more people like Shailendra and Dinesh ji who would have faith in the product and have a spine of his own. When we finished the film we went to a very big studio, a team of members did rounds of meetings, after every screening they clapped. But after making us wait for three months they said that short films doesn’t work, get us something raunchy! We didn’t loose hope, we wanted to fight the battle.

You could have approached Large and Short Films as they acquire content?

You might find it funny, but we did try to get in touch with them. We emailed them repeatedly but I am yet to hear from them. Someone mentioned they only work with renowned filmmakers, but then they did Chutney which was directed by debutant Jyoti Kapur Das. So we saw the silver lining and approached them. Later we heard there is an agency who recommends, we approached them also. But nothing lead us to there office doors. That’s very disheartening when people stops responding to mails or calls and keeps you handing in la la land. Would you like to name the people who didn’t have faith in you?

No point. It’s a closed chapter in my life.

So you had no one around to support you?

Of course I had the biggest support from Esha Deol Takhtani, my lead actor. She has invested her time, trust and faith in Assorted Motion Pictures and Cakewalk as a film. We could never let her feel bad. She is an immensely talented actor and a fantastic person at heart. We had Hema Malini ji who supported us in poster launch in London. We had Rupali Jagga our singer who painted the town with the title track. We had our team who stood by us and of course Ram Kamal da, who took it up as a challenge!

What Raj Nayak had to say about the film?

When we approached him for Cakewalk he already knew about the film because we had garnered massive promotion online and on print media. After watching the film he has passed it on to his team and everyone liked the content. I personally feel that compared to other corporate houses, Viacom is ready to accept challenges and Raj Nayak sir is one of the most dynamic leaders we have seen in recent times.

Did you make profit on Cakewalk?

We made path for many aspiring filmmakers. We created a benchmark for those who always felt that shorts doesn’t have any future. We have given hope to people and that’s our profit. Hopefully our struggle will end with Cakewalk, but even if it doesn’t then we will continue the journey of finding hope.