It’s the season of web series and short films with several much awaited releases happening in the last month or so. And if you are out of stuff to watch and are bored of binge-watching, Netflix India has an exciting news for you.

Produced by Bandra West Pictures, Netflix India announced its new project ‘Upstarts’ which is a film based on entrepreneurship. It is slated to release on the 18th of October. It was first announced last year at an event in Singapore along with other Netflix ventures.

The booming start-up culture that has taken hold in India with the youth refusing to settle for a simple 9-5 job instead deciding to take fate into their own hands by taking bold risks is growing everyday. Netflix India’s Upstarts discusses the same phenomenon.

The film traces the journey of three college graduates who are set out to try their hand at the popular start-up culture with the hopes of bringing in change as well as earning millions.

Netflix India has already released its first trailer which introduces us to the three fresh graduates hoping to strike a golden idea.

The premise of the film will certainly remind you of TVF Pitchers and looks to be promising. 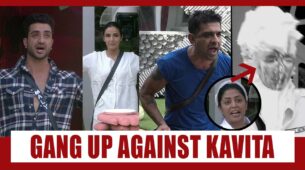