Zoom studio's 'The holiday' is a bachelor's trip web series which is full of drama and fun. In this series, the bride-to-be goes on a bachelorette with her gang of guys friends. Having no girlfriends, she decided to enjoy her bachelorette to Mauritius with her three guys friend namely Patrick, Kabir and Arman who happens to be her childhood friends too. And there they end up having a series of fun, frolic, strange and emotional experiences. The reasons that make it a must-watch are:-

The storyline and the characters are quite true to life. The audiences won’t feel exaggeration and overly done makeups and drama in the show. The scenes are quite normal and relatable among friends such as cracking jokes, play pranks and mimicking each other.

The situations created in the story are unique yet not overly done to make it feel too much scripted. Right from playing dare game at a bar there are various adventurous trips of a lifetime which the friends come across on this trip. In the first four episodes, the gang has been through so many experiences that the audience wants to see the next season of the series with the same enthusiasm.

The gang of friends played by different characters is quite relatable to your real-life friends in some way or the other. So, the series becomes quite immersive.

Some character is carefree and casual while others are a cool and chilling personality in the show. The young and the charming actors of the show are hooking and engaging as their chemistry and reactions are seemingly quite realistic onscreen.

All the characters and the artists in the series look amazingly stunning and eye-catching in various funky hairdo and makeup along with the casual costumes. The choice of locations and the videography are par excellence. The series will inspire you to visit the location for your next beach vacation. 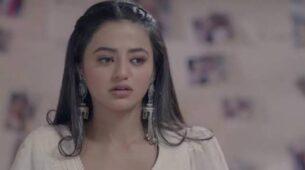