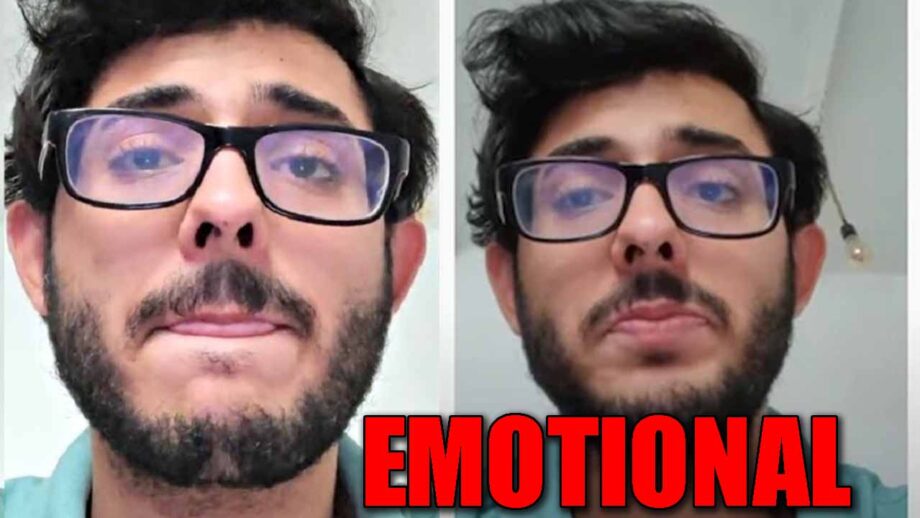 CarryMinati aka Ajey Nagar’s popular YouTube vs TikTok: The End video where he roasted TikToker Aamir Siddiqui went viral like wildfire. The video broke YouTube’s highest views record in just 24 hours and gained a lot of buzz. However, he roasted TikTok star Amir Siddiqui was removed from the platform for violating its ‘terms of services’

Later, CarryMinati got emotional. He took to Instagram and shared a new video explaining his side of the story after his viral video was taken down. He also addressed the accusations of homophobia levelled against him by Twitter users. In his new video, CarryMinati got emotional and said that his words are being taken out of context. In his roast of TikToker Amir Siddiqui, he had made comments such as ‘mithai ki dukan mein le jaunga toh 200 mein bik jayega.’ Twitter users objected to his comments, calling him a homophobe and a bigot.

In a video that he titled Stop Making Assumptions: YouTube vs TikTok: The End, an emotional CarryMinati said he was very sad that the video was pulled down. He stated that he was angry and still don’t know why it was pulled down and which dialogue was offensive.