Salman Khan and Akshay Kumar are two superstars who literally define stardom in the true sense of the term today. Both have been ruling the roost in the industry for as good as thirty years and the mutual admiration and respect that they have for each other is immense.

The last few years have been quite productive for both in the box office as well but if one has to pick stats of the last few years, Akshay Kumar is a tad ahead of Sallu Bhai in that regard.

But readers, do you know that Salman Khan himself once acknowledged Akshay Kumar as the ‘Real SULTAN’ of B-Town? Wondering when?

Well it was during one of the interviews of Salman Khan’s film Sultan where Bhaijaan was asked as to who he feels is the ‘Sultan’ of Box office apart from himself to which he politely took the name of Akshay Kumar.

Well talk about mutual respect and camaraderie. Amazing ain’t it? 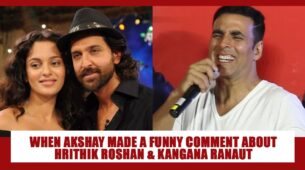