Here we are with some amazing unknown facts about Kim Kardashian, check them out! Kim Kardashian, the American personality and the model have inspired many with her fashion style. Check out some interesting facts about beauty!

Also read: Are You Bored Of Wearing The Regular Cuts And Styles? Take Tips From Kim Kardashian’s Wardrobe

1.      Kim Kardashian West served Paris Hilton as her assistant, in spite of being brought up from a rich family background. She worked as a personal closet organizer and cleaned their closets.

2.      Kardashian attended an all-girls Catholic school named, Marymount High School, where the students were only eligible to graduate only after completion of 100 hours of community service.

3.      The fashionista hates wearing cold jewelry as it gives her chills. And thus, blow-dries her jewelry before wearing.

4.      Brandy Norwood was the very first customer of her business.

5.      After Kim lost her father Robert, at the age of 21, she has tried to contact him via many spirit mediums and trials. It was said that her dead father even tried to warn her about the armed robbery which she faced in Paris.

6.      In Harper’s Bazaar’s interview, she said that it takes an hour and a half to do her makeup before coming on camera. Else, she does her own makeup within 15 minutes.

8.      Kim’s mother, Kris Jenner was unknown to her famous nude photoshoot for Paper magazine, till it got printed. When she got to know about it, she got really furious. But Kim replied to her with, “Relax; it’s my shoot, my body, my life.”

9.      Stretch marks are the biggest fear of Kim’s life as stated in one of the episodes of ‘Keeping Up With The Kardashians’. 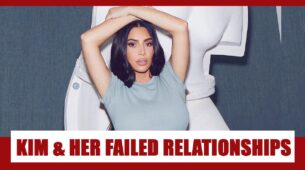