Salman Khan is one personality who’s known to be extremely loyal when it comes to his friends and buddies and when it comes to his friends and closest people from the Hindi film industry, Jackie Shroff is one of the first names that hits our mind. It is to be noted that Salman, Jackie and Sanjay Dutt were absolutely inseparable and whenever they used to get time away from their busy schedule, they used to chill and party together. Both had even come together earlier on Salman’s show Dus Ka Dum and the episode was a hilarious one.

During the episode, many interesting revelations were made about each other but none bigger than the nickname which Jackie Shroff has given to Salman which has to be the most unique and one of its kind ever. We all are familiar with names like ‘Sallu’ and ‘Sallu Bhai’ for Salman Khan but readers, do you know what Jackie Shroff calls him? The answer is ‘Salle’ as revealed by Salman and Jackie during the show.

Now that’s quite hilarious and amazing at the same time ain’t it readers? For more updates, stay tuned to IWMBuzz.com 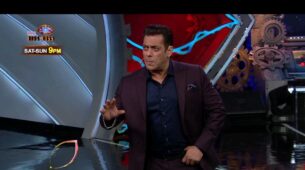 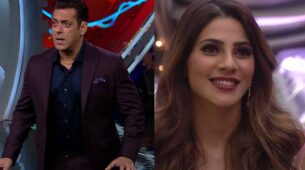