Tamannaah Bhatia is a sizzler in the true sense of the term and the reason why we say this is because the 70mm screen sizzles and fires up big time whenever Tamannaah Bhatia graces the frame. Tamannaah is that one actress who is said to have one of the hottest figures in the South film fraternity and her milky white complexion adds up to her charm further.

She’s a visual delight for every man out there and no wonder she easily manages to mesmerize every man out there with her scintillating presence. Over the years, fans have been extremely curious to know relevant information about Tamannaah like her relationship details and lifestyle. Well today, we tell you more on it.

As far as net worth is concerned, Tamannaah has a staggering net worth of Rs 112 crores which ensures that she leads a pompous and luxurious lifestyle. 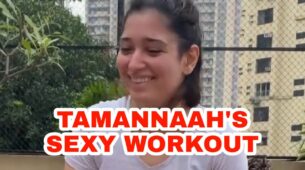