The legendary Nutan, considered by many to be THE finest Indian actress of all times, was not happy in her marriage. Husband Ranjish Behl kept tight control over her physical movements. Nutan was not ‘allowed’ to visit friends.

Her close friend actress Shubha Khote told me, “I played her best friend in 4 successive films Seema, Anari, Aakhri Dao and Paying Guest. She was very helpful and very generous. And truly an angel. In all the time that I knew her I never ever heard her raise her voice. Softspoken and gentle her voice didn’t rise even when she was angry. We were constantly chatting, giggling, arguing. Once Nutan got married we spent very little time together. I really don’t want to talk about it. But after her marriage, I’d call her and she was not allowed to come on the phone. I remember I called her up on her birthday once. Her husband came online to inform me she was sleeping that she would not be talking to anyone as she wanted to rest on her birthday. I left it that. Not that we stopped being friends. Whenever we were shooting we’d meet up. Even when there was a distance between us I continued to be very close to her.”

Nutan was under constant surveillance and yet during the making of a film called Devi she grew close to her co-star Sanjeev Kumar. As expected the news spread like wildfire in the film industry. It reached her suspicious and over-protective husband who confronted her with the scandal.

Nutan denied any association with Sanjeev Kumar except for a professional one. But her husband wanted proof. He asked his wife to slap Sanjeev Kumar in full view of the entire crew of their underproduction film accusing him of spreading false rumours about Nuta and Sanjeev Kumar.

Nutan did just that. She called Sanjeev near her and planted a tight one. That slap possibly survived a near-dead marriage. But something died within Nutan. 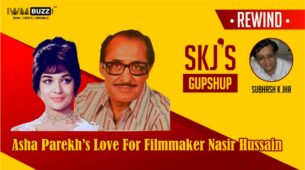 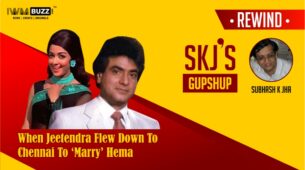 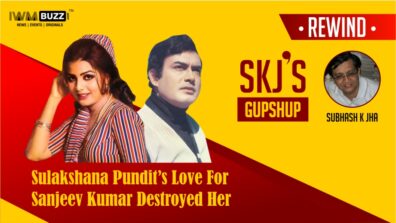 Blast from The Past: When Zeenat Aman was thrashed in full public by a Macho Khan & his wife