Arnab Goswami’s open challenges on behalf of the Nation (which uncannily, always wants to know what he wants) don’t apply to Salman Khan. Sources close to the Superstar say Salman is not buying the bullying tactics and there is no way he will speak on Sushant Singh Rajput and the drug mafia.

“Salman has no clue how he became involved with this whole ongoing national controversy. He hardly knew Sushant and contrary to the perception which has been created, Salman had nothing against Sushant. They lived in different worlds and their paths only crossed at random film functions. Unlike others Salman won’t comment on an issue he knows nothing about,” says a close friend of the Khan.

Significantly, none of the other Khan superstars are being coerced to speak up. Only Salman. Why only he? Why not Aamir, Shah Rukh, Akshay Kumar, Ajay Devgan and the other A-listers? This is the question Salman’s friends are asking.

One major filmmaker who has never worked with Salman wants to know why the film industry is expected to do exactly what one news anchor tells them to. 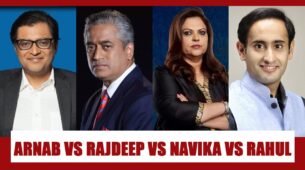