If we think of all the actors in Bollwyood, who live a very dangerous life and have their run-ins with law, the name Salman Khan definitely comes to mind. Bollywood is full with actors who live vicariously and some who live a little too edgy and often have their run-ins with the law. When we think of actors who have had their run-in with the law, one such name that pops to mind is none other than that of Salman Khan.

Salman Khan aka the Bhaijaan of Bollywood, had been handed a five-year jail term for poaching a rare black buck, quite some time back. The actor has often been found on the wrong side of law and he was even accused in 2002 of running over five homeless men on the streets of Mumbai and killing one of them. He’s also been accused of assaulting and physically abusing his former girlfriends.

It could all very well be baseless accusations because quite a lot of it never really got confirmed till date. However, Salman Khan has seen the inside of courtroom quite a few times and the hunting accusations were quite serious. 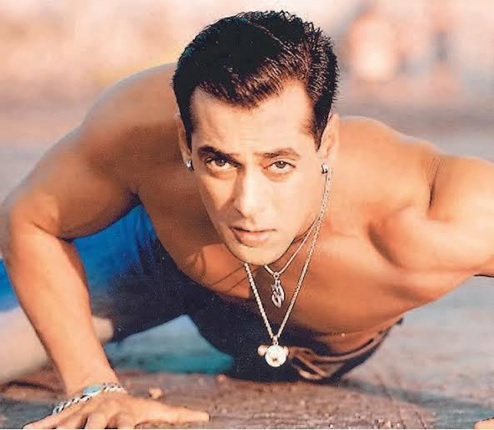 Despite all of the accusations and controversies, the reputation for this Khan never really got tinted and his fans never lost their respect and admiration for him either. To them, he is still their Bhaijaan and they love him enough to even wear his lucky bracelet and show up outside his house to express support.

Salman Khan is also one of India’s biggest and most popular film stars. This 52-year-old actor has starred in nearly 100 Bollywood movies. He is known for his romantic roles as well as action films, and has won several prestigious Indian cinema awards for his amazing work on screen. Despite multiple run-ins with the law, Salman’s fan base has remained loyal throughout- in fact, it has kept growing steadily and he keeps delighting them with blockbuster films.