Are you a Marvel fan? How well do you know all the Avengers? Go and test yourself right now.

The Marvel Comics’ Avengers is very much popular all around the world. From kids to youth, everyone is obsessed with it. The Marvel fan club is so big that it’s un believable. Avengers have saved the universe from the villains like Ultron, Loki and Thanos. Here are some questions to check how well you know about them. Good Luck!
1: In which war did Captain America fight in?
2: Who was the very first Avenger?
3: One of the three scientists from Thor is a main character in The Avengers. Which scientist is it?
4: What is the name of the Marvel comic legend who has made an appearance in all the films of the Marvel Cinematic Universe?
5: Where is Avengers Tower located?
6: Thor’s hammer Mjölnir is made of metal from the heart of a dying what?
7: What is the power source of Iron Man’s suit?
8: Which rare metal is found in Wakanda?
9: For how many years was Captain America frozen?
10: How did Hulk get his super powers? 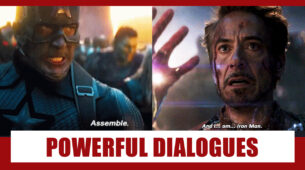 Are You A Hulk Fan? You Will Relate To These Memes