Here are some surprising facts about Sai Pallavi. Sai Pallavi is a fantastic actress and a dancer, and she is ruling the industry for a very long time and has become successful in her career. She is also recognized for her glamorous looks as she always prefers to keep her look natural. She is a very talented actress and has won several hearts of her fans and has become the leading actress of the south. She had also completed her MBBS in 2016. She is the real natural beauty queen. The actress is drooling the industry with her simple looks, and fans go gaga over her.

Sai Pallavi has revealed her hair and skin glowing secret, and she has also given some tips on hair and skin. She has achieved a lot of reputation and has won several awards for her work in the industry. She has also appeared in various movies and is also gearing up for her new upcoming films, and she just stuns us with her fabulous roles. The actress also believes that makeup is not necessary to look beautiful.

Must read: In Photos: Take An Inside Tour Of Sai Pallavi’s Home

Want Hot And Sexy Figure Like Sai Pallavi? Take Inspiration From Photos Below 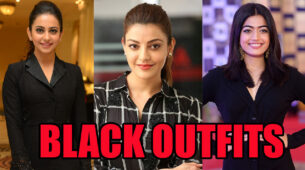