“When Amaal Mallik decided to collaborate with us, Young Zwann and I were shocked” says Jung song video producer Shiva Maheshwari.

Jung is a high-energy upbeat track that talks about never giving up on your dreams. The evocative lyrics by Young Zwann totally justifies the mood of the song. The video of the song is picturized on Young Zwann & RamRiddlz, who is a Toronto based International Rapper. The song is produced by Bollywood’s most favorite music composer Amaal Mallik and the video is produced by Shiva Maheshwari.

Amaal Mallik and Shiva Maheshwari have been best of friends from the time when Amaal was not even in the industry.
Talking about their collaboration Shiva said, “So, honestly I feel everyone in our generation have this great sense of maintaining a balance between supporting and nurturing our loved ones while giving them opportunities and at the same time being a professional to aim for the best possible outcome. This was the same case with Amaal. In fact, I and Young Zwann were shocked when he decided to collaborate as we were not expecting a person of his caliber to give a chance to a new artist but I think he connected with the thought of the track. Over-all, through the process, it was a total effort of our hearts coming together to create magic. We were motivated to create and that is what we did!!”

Shiva and Amaal share a brotherly relationship and have been there for each other always. This is what Shiva had to say about their friendship, “There is no chance of me articulating correctly for someone I feel so much love for! I and Amaal go way back to when times were simpler. When he wasn’t the superstar he is today and I was not in this scene at all, in fact, I was doing my law and had different aspirations. Amaal Mallik is the brother I never had. He is my backbone and I hope to be his strength someday. Just taking this opportunity to say it out there that God has been kind to give me true friendships like this and I pray everyone in their life someday would get a friend like him! (smiles) A bit too much I think but that’s what sums up our relationship, a bit too much love.”

Jung is Young Zwann’s debut song and even Amaal Mallik’s first rap song as a producer. It’s amazing to see established singers like Amaal giving opportunities to new talent and supporting them

Here is what Amaal had to say about it. “Previously I have worked with an unknown talent called Mohd Kalam for Tera Shehar and this time I wanted to do something really different, something which people don’t usually hear from me. Young Zwann is a hardworking guy, he came and dubbed the changes I wanted in the verses almost 50 to 60 times, that hunger is what I look for in an artist”

Jung has already reached around 3 million views on Youtube and is being loved by the audience. These songs will make you fall in love with Armaan Malik 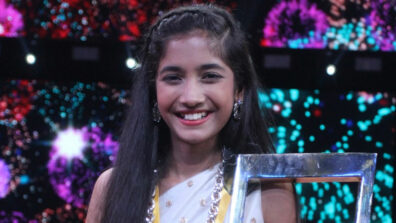 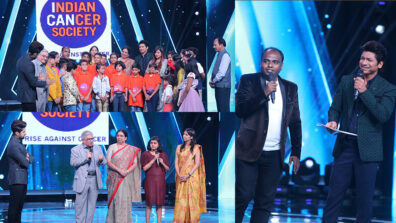 Sa Re Ga Ma Pa L’il Champs: Shaan sings his ode to the Cancer cause